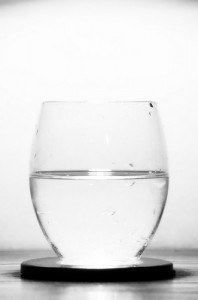 Despite shortcomings in its enforcement, CEDAW (Convention on the Elimination of All Forms of Discrimination against Women)—the United Nations’ international women’s rights treaty—has brought progress to women in the Middle East, according to women leaders from the region at a recent panel celebrating of its 30th anniversary.

The audience at the Washington, D.C., campus of Johns Hopkins University heard Wajeeha Al-Baharna, vice-president of the Bahrain Women’s Association, tell of a hard-fought victory in her country that allows women to pass on nationality to their children. And Asma Khader, of the Jordanian National Commission for Women, explained how CEDAW offered a framework that led to residency rights for women in her country. As several of the speakers pointed out, the very existence of CEDAW, even with imperfect enforcement, encourages women to mobilize politically—leading, for example, to an unusual local electoral victory by a Bedouin woman in Jordan and demands for domestic violence programs in several countries (even though CEDAW does not specifically address the latter).

The main message offered by all the women on the panel was that Middle Eastern women are ready to fight for their rights in ways not seen previously. As other Muslim feminists are doing, they raise objections to the “confiscation” of Islam by patriarchal clerics in their home countries, and argue that authentic Islam does not call for the subjugation of women demanded by contemporary interpretations of Sharia law.

CEDAW typifies both the promise and frustrations of U.N. treaties. To date, 187 member nations of the U.N. have ratified this treaty, with the U.S. being the only developed nation among a handful of holdouts. “The only thing that the U.S. and Iran probably agree on is their opposition to CEDAW,” joked Mahnaz Afkami, the former Minister for Women’s Affairs in Iran.

Theoretically, those countries that ratify CEDAW commit themselves to gender equality in their legal system, and “to establish tribunals and other public institutions to ensure the effective protection of women against discrimination.” Specific CEDAW Articles address such topics as voting rights, shared responsibilities for childcare, educational equity, property rights and equal access to health care.

Though all of the Middle Eastern countries represented by speakers at the event, except Iran, have ratified CEDAW, none have come close to implementing the various provisions of this Treaty. In part, this is because U.N. treaties have no enforcement mechanism, and also because CEDAW contains a provision by which countries can ratify it but express official reservations. Article16 is one of the most explosive within Muslim countries as it addresses the right to “freely choose a spouse” and stipulates equality in childrearing and divorce, and therefore numerous countries have expressed reservations about it.

In addition to CEDAW, the gathering in D.C. also celebrated the 10th anniversary of the founding of the Women’s Learning Partnership, an international NGO headed by Afkami, that works with 18 partnership organizations, primarily in Muslim-majority societies, to increase women’s leadership and empowerment. The event also marked the English-language release of the book, Iranian Women’s One Million Signatures Campaign for Equality, by Nousin Khorasani, an Iranian journalist now facing imprisonment by the Iranian government.

Even without CEDAW in Iran, women are mobilized to fight for their rights. The One Million Signatures campaign, which started several years ago, engaged hundreds of thousands of Iranian women and allied men to demand women’s equality, and laid the groundwork for the highly visible involvement of women in last summer’s protests against the disputed Iranian election. Equality may still be a long way off, but for Middle Eastern feminists the cup of equality is gradually filling.