The FMF’s Feminist Campus program is about to get its fifteen minutes of fame on the “talk show with a brain” – Women’s Media Center Live with author and prominent feminist activist Robin Morgan!

On Saturday, September 21, at 11AM EST, one of our Feminist Campus organizers and two student leaders from our national network will talk to Robin about feminism on college campuses and the future of the feminist movement. You can tune in on CBS radio (WJFK 1580 AM) if you’re in the DC area or check out the podcast on wmclive.com and iTunes afterward. The segment will run for an hour. 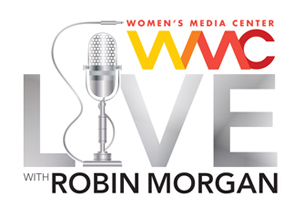 Feminist Campus is the world’s largest feminist student network and includes over 600 chartered, affiliated, working, underground and outreach groups in 45 states and the District of Columbia on a wide range of public and private, two and four-year colleges and universities.  These campus units are run by feminist student leaders with the support of faculty and a team of campus organizers.  The Feminist Majority Foundation’s campus organizers work by phone, email, and campus field visits to develop long term relationships with student and faculty to implement the national Choices campaigns.

Since the inception in 1996, FMF has specialized in organizing and mobilizing leadership among young activists. The program provides organizing tools to develop leadership for pro-choice activism, a large range of social advocacy and involvement on college campuses. We currently have nine tool kits & campaigns which include: Adopt a Clinic, Birth Control Access, Affordable Care Act, Get Out Her Vote, Expose Fake Clinics, Sexual Assault/Title IX, Global Reproductive Health and Rights, and the State Capitols campaign, engaging students statewide as well as nationally.

Here’s a quick introduction to the three stellar feminist activists making this panel possible. Tune in tomorrow to hear what they have to say!

Edwith Theogene graduated from Florida International University with a Bachelor of Arts in Liberal Studies and minors in Labor Studies and Anthropology and Sociology. She also holds a Law, Ethics, and Society Certificate. Edwith has led multiple initiatives in Miami, Florida such as Slut Walk Miami, One Billion Rising, and the fight against Amendment 6. During her time as a student, Edwith interned with the Haitian Women of Miami and American’s for Immigrant Justice. She is Haitian-American and fluent in Haitian Creole.

Rainy Estrada is a senior at New Mexico State University and president of Aggies For Feminism. She is working toward her degree in Psychology with minors in Counseling Educational Psychology and Women’s Studies. She is also a peer educator for the Wellness, Alcohol, Violence Education Program at NMSU. Aggies For Feminism advocates for women’s issues among NMSU student population and its surrounding communities. AFF plans to start exposing Fake Crisis Pregnancy Centers this Fall and to also focus on keeping momentum among students by creating a strong feminist presence at its university.

Sherilyn Phillips is the President of the FMLA group at University of South Carolina.  She is a junior and is double majoring in History and Criminal Justice. USC’s FMLA chapter brought a large delegation of Southern activists to the Feminist Majority Foundation’s National Young Feminist Leadership Conference in March. The group annually fundraises for community domestic violence shelters, runs clothing drives, and actively fights for LBTQ and reproductive rights.