100 days ago today, more than 270 schoolgirls were kidnapped in Nigeria by Boko Haram. This week, groups around the world are holding vigils to show that they have not stopped supporting rescue efforts and still want safety for these girls. 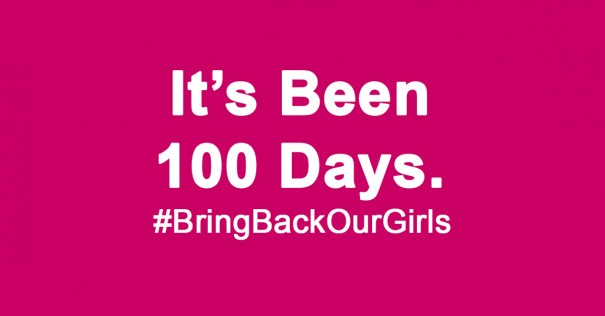 People from all over the world are joining together to voice their support for the kidnapped girls and to demand that child labor, child marriage, child trafficking, female genital mutilation (FGM), and other forms of abuse are abolished globally.

“You can [observe the moment of silence] at work, at home or wherever it is suitable for you at a time of your comfort,” Bring Back Our Girls says on their event page. “You can do it yourself or with friends and family. Let’s again show the world and the girls that we care.”

At least 2 of the kidnapped girls have allegedly died, and several may be ill, the AP reports. The girls are still believed to be in the Sambisa Forest on the northeastern border of Nigeria. USAID has provided funding for counseling for the families of the abducted girls and for the girls who have managed to escape.

Eleven parents of the abducted girls have died since the kidnapping. Seven of them were killed by insurgents in attacks on a separate village. Nigerian President Goodluck Jonathan, who recently met with Chibok families, has made it clear he does not want to attack Boko Haram as a part of a rescue operation because it could be too dangerous for the kidnapped girls, and he also does not want to open up negotiations with the terrorist group.