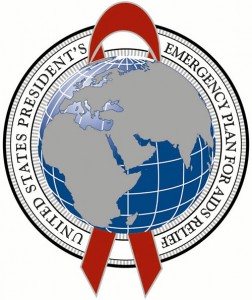 As the XIX International AIDS Conference draws to a close tomorrow, the United State’s President’s Emergency Plan for AIDS Relief (PEPFAR) has announced a $5 million grant for the Together for Girls(TFG) partnership–designed to address violence against girls and boys. U.S. Global AIDS coordinator Eric Goosby says funds will go to “support countries’ responses to survey data and help address social issues of sexual violence against children.”

Goosby was not alone in supporting this initiative. Last night at Washington’s National Museum of Women in the Arts, a who’s who of U.S. global health players participated in “Turning the Tide for Women and Girls: A Dialogue on Gender and the HIV Response,” including Global Women’s Issues ambassador-at-large Melanne Verveer; Secretary of the Department of Health and Human Services, Kathleen Sebelius; executive director of the Global Health Initiative, Lois Quam; and USAID administrator Rajiv Shah. All spoke in favor of the initiative.

In addition to speeches by U.S officials, the event’s most moving testimony came from Mandisa Madikane, a 20-year-old South African woman who contracted HIV after being raped by a neighbor in Kliptown, South Africa, when she was just six years old. Mandisa is now a journalist, one of three HIV-positive young women who have been covering the conference.

As the panelists spoke on the importance of protecting the health and rights of women and girls in the fight against HIV and AIDS, tweets were simultaneously being sent out by their offices. Goosby tweeted that PEPFAR “is integral to protecting women’s health.” Verveer put out messages on how important the role of men, boys and big businesses were to the progress of women around the world.

The rhetoric and language were perfect. Women make up half the world’s HIV infections and AIDS is the leading cause of death for girls of reproductive age. It is precisely these women and girls who make up the “unfinished agenda in the AIDS response,” according to UNICEF deputy executive director, Geeta Rao Gupta. All this week we have heard about the importance of supporting women so that they can be in control of the decisions that affect their lives, and how the response to HIV/AIDS must reflect a “woman’s shape,” and how HIV/AIDS has become a “woman’s plague.”

But how is the U.S. doing when it comes to measuring real action on the ground?

Sitting underneath the shimmering crystal chandeliers of the woman’s museum, one couldn’t help but think how far the current rhetoric is from the reality on the ground. With all this talk about gender-based violence and the lack of control women and girls have over their bodies and their sexuality, all the U.S. can commit to an anti-violence effort is $5 million?

PEPFAR is a multi-billion dollar initiative. Put $5 million in that context.

Yes, of course, that is not all the U.S. and PEPFAR have put towards gender-based violence, but this is what we celebrated last night–the “big” announcement.

A decade ago, then-United Nations Secretary General Kofi Annan stated that HIV/AIDS had a “woman’s face.” Today, women ages 15-24 make up 72 percent of all new HIV infections in sub-Saharan Africa. If we really want to win the global war against HIV/AIDS, we must address the majority who make up the pandemic: women and girls. And one way the U.S. can start showing the world how to do this is by putting its money where its mouth is.

Cross-posted from the Ms. blog.