Dozens of activists braved the rain yesterday at a rally outside of the White House, where they called on President Obama to stand with women and girls raped in conflict. 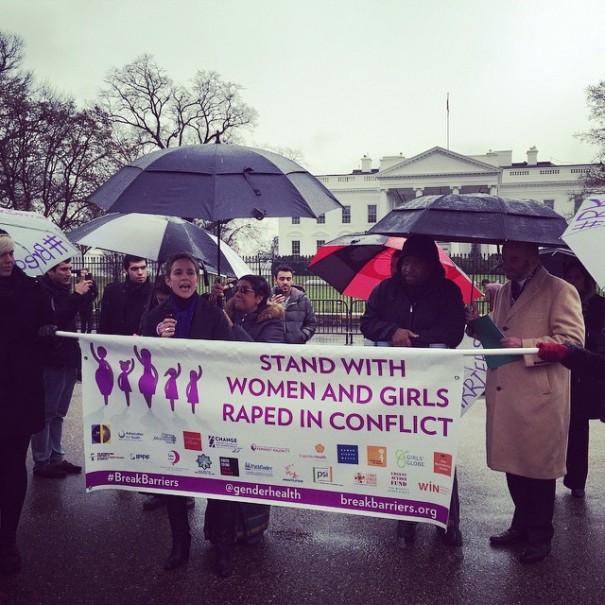 More than 20 organizations, including the Feminist Majority, the Center for Health and Gender Equity (CHANGE), Advocates for Youth, and several human rights and faith-based groups, came together to urge President Obama to ensure that US foreign assistance helps survivors of war rape access comprehensive medical care, including abortion.

“Rape as a tool of war is older than the scriptures,” said Reverend Harry Knox, president and CEO of Religious Coalition for Reproductive Choice, at the rally. “But our faiths tell us we have a powerful tool in our hands. We can show compassion. We can show compassion to those women from the conflict zones who have been raped. Compassion means providing the full range of health care options, including access to safe abortion.”

Around the world women and girls – some as young as 11 – are systematically raped during war and conflict. These women and girls face increased rates of maternal mortality, permanent reproductive damage, and obstetric fistula, in addition to isolation, trauma, and unintended pregnancy.

In their article, “The Cruelest Weapon,” appearing in the Fall 2014 issue of Ms., Akila Radhakrishnan, Legal Director of Global Justice Center, and Attorney Kristina Kallas explain:

In today’s wars, like ones of the past, rebels and government soldiers alike systematically use sexual violence against women and girls (and sometimes men and boys) to demoralize, terrorize, destroy and, in some cases, change the ethnic composition of entire communities. 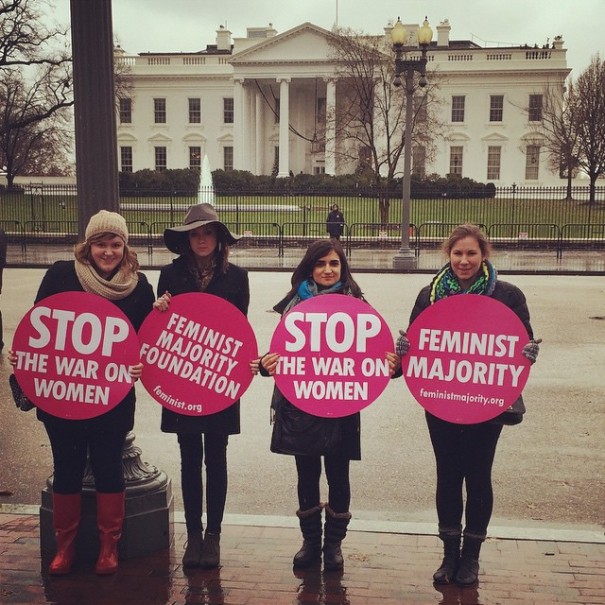 The United Nations has strongly condemned the use of rape as a war tactic and called on and establish the rights of victims of war-time rape to include comprehensive sexual and reproductive health.

Survivors, however, are denied comprehensive medical care. Women who become pregnant as a result of rape are often unable to access abortion services because of US political barriers to safe abortion, and a misinterpretation of the Helms Amendment – a provision of the US law that prevents US foreign assistance for abortion “as a method of family planning” – but does allow US funds to help women obtain abortion care in cases of rape, incest, or life endangerment.

President Obama, however, has the power to break the political barriers women face in seeking comprehensive health care, including abortion, in warzones by taking executive action.

TAKE ACTION: Join us as we call upon President Obama to act NOW to protect the lives and health of women overseas!