Afghan law maker and prominent women’s rights leader Shukria Barakzai survived a suicide bombing attack on her armed vehicle on Sunday, November 16. Three people were killed and more than 20 wounded in the attack, which took place several hundred feet from the Parliament building where Barakzai was headed. 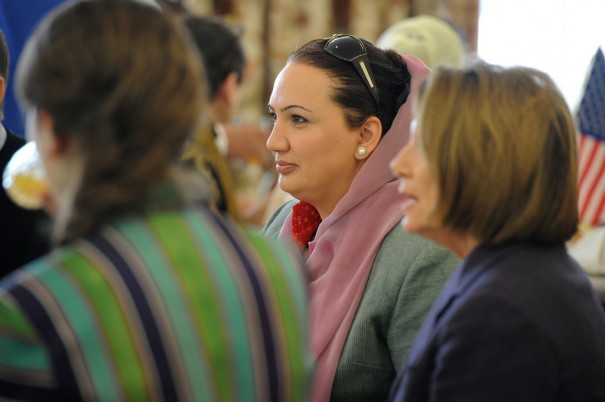 On Sunday morning, a car rammed into Barakzai’s armored vehicle, at which point a suicide bomber detonated his explosives. Barakzai escaped the attack with minor injuries, as did the driver of her car, but three civilian bystanders were killed in the blast.

An elected member of Afghanistan’s Parliament, Barakzai has long been a champion for women’s rights in a male-dominated society. She is known for being outspoken about corruption and injustice, even in the face of many enemies, and once remarked of her fellow legislators, “Our Parliament is a collection of lords. Warlords, drug lords, crime lords.”

Barakzai is a close ally of Afghan President Ashraf Ghani, who recently helped launch “Promote,” the largest women’s empowerment program in the world. Ghani issued a statement condemning the attack as “heinous act as against all Islamic and Afghani values.” Barakzai approves of Ghani’s ambitious agenda for promoting women’s rights and promise for change. She was appointed by President Ghani as a member of the team charged with helping to chose the new Presidential cabinet.

Barakzai, who helped run underground schools for girls during the Taliban-era, has been a vocal critic of the Taliban and has received death threats from many different extremist groups, but as of yet no group has claimed responsibility for this attack.