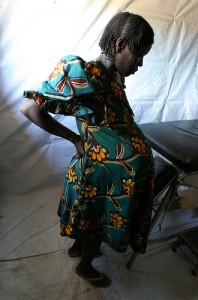 A study published on Monday called into question the benefits of injectable hormones, the most popular form of contraception used in Southern and Eastern Africa, and identified a link between the contraception and HIV transmission.  The study appeared in a front page, above the fold article in Tuesday’s New York Times, attracting attention to the possible implications for the women of Africa who rely on this method of contraception.

Affordable and convenient contraception is a pressing issue for women in sub-Saharan Africa who often face dangerous unintended pregnancies.  Injectable hormones protect a woman for multiple months and are more convenient than oral contraception.  However, researchers found that women who used the injectable contraception had twice the risk of contracting HIV from their partner than those who had not used contraception.  It is unclear what is responsible for this but researchers suspect that the cause could be biological.  Researchers dismissed the idea that diminished condom usage was a cause as they found that the couples continued to use condoms whether or not they received the injectable contraception.

Reproductive protection and HIV prevention is a global issue that has an extreme impact on women living in sub-Saharan Africa.  Women in this region are at great risk of infection and death during childbirth.  Many marry and have children at very young ages and family planning can help women to time pregnancies.  In sub-Saharan Africa, HIV disproportionally affects women, with females accounting for 60% of those infected with HIV.

Reproductive rights and HIV prevention are entangled in one another and cannot be addressed separately.  The recent study is disheartening but doesn’t mean that the government should restrict contraception.  The study itself does not necessarily mean that contraception- including injectable hormones- is not the answer.   The data was collected through self-reporting and lacked the precision of a clinical trial.  Still, the study needs to be taken seriously.  Access to contraception is an important issue in sub-Saharan Africa and attempts to limit access to injectable hormones could have dire consequences.  This study must be a push to take innovative action.

Women’s rights need to be protected so they can have access to birth control AND prevent the spread of HIV.  Researchers suggest that there should be an emphasis on condom use and that there needs to be better access to and education about multiple alternative contraceptive methods.

The fight to protect women’s reproductive rights and the prevention of HIV is not a zero-sum struggle.  Instead, these are two linked issues that can be addressed in conjunction with one another.  In a region such as sub-Saharan Africa where women marry young and face devastating health risks, there needs to be protection of contraception and education about a woman’s options.

Though the study provides a grim look at potential problems of one form of contraception, it could have some positive impacts.  It can draw attention to the issue of women’s reproductive rights and HIV protection.  This can help prompt the research and education momentum that is necessary if women’s health is to be protected globally.