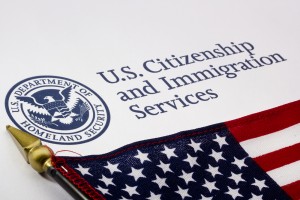 In a conference call on Tuesday to Latino leaders, President Obama announced that after reaching a settlement with Congress about the fiscal cliff, the White House will devote itself to reforming America’s immigration policy. One participant in the call, Brent Wilkes of the League of United Latin American Citizens comments that while Obama’s first term focused on general changes, “Now that he’s free from having to run again, he’s going to be worried about trying to do things like immigration reform that he really believes in.”

According to Politico, aides of the Obama Administration are already laying the groundwork for a campaign-esque initiative to pass massive immigration reform in 2013.

Congressional leaders have also begun to talk about immigration reform. The “Gang of Eight,” a group of lawmakers that are key to the immigration debate and includes Senators Chuck Schumer (D-NY) and Lindsay Graham (R-SC), has started meeting and hopes to propose legislation by March.

The most contentious battle over reform will be over the question of citizenship eligibility for 11 million people who are currently in the United States illegally. Many progressive lawmakers favor creating an opportunity for those who have been in the country long term to become citizens, however many conservatives feel that this goes too far.

Photograph a U.S. Department of Homeland Security logo from Shutterstock