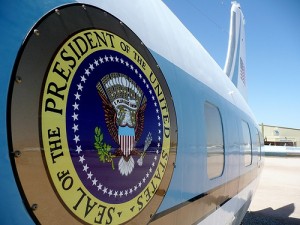 Air Force Staff Sergeant Luis Walker was found guilty of 28 rape and sexual assault charges by a military jury Friday and was sentenced to 20 years in prison. Walker was convicted of sexually abusing 10 women Air Force trainees. In addition to the prison sentence, Walker will also be demoted to the lowest Air Force Rank, be dishonerably discharged, must forfeit pay, and is required to register as a sex offender.

Five women Walker assaulted spoke during sentencing. One woman, who was assaulted by Walker in 2011 at Lackland, testified that “In Afghanistan, I was a little bit more scared of everything…I couldn’t work with certain individuals, just since they remind me of Staff Sgt. Walker, reported the Associated Press. ” Another woman testified that she couldn’t sleep at night as a result of the assault. She also stated that “It’s gotten to where I had anger issues even at work…If anyone makes even the slightest sexual reference, I go off. I have zero self-control.”

The Walker case is the first to come to trial in the Lackland Air Force Base sex scandal. Thus far, 12 instructors at Lackland are being formally investigated and at least 31 victims have come forward.

Air Force Colonel Polly Kenny, who led the prosecution, told Reuters, “We are very concerned about the public perception that basic training is not a safe place to be. Our entire goal is to make it safe and secure. We are going to continue to take serious action against anyone who is shown to have violated the rules we have in place to protect the trainees.”

A 2012 Pentagon report found that 3,192 cases of sexual assault were reported within the U.S. military in 2012, which is a 1 percent increase from 2010. However, according to the Defense Department, only an estimated 15 percent of actual incidents are reported, which brings the estimated number up to 19,000 assaults each year. Currently, reports of sexual assault are handled within the military’s chain of command.