The US Air Force released the results of an investigation into widespread sex abuse charges at the Lackland Air Force Base training facility in Texas this week. As of Wednesday, 23 training instructors have been investigated for alleged sexual assault of 48 victims. Of those who have been investigated, 11 instructors have faced criminal charges, 5 have been convicted on criminal charges, an additional 6 commanding officers also face internal disciplinary action, and 2 commanding officers have been relieved of duty. Most publicly, Air Force Staff Sergeant Luis Walker was found guilty of 28 rape and sexual assault charges by a military jury in July and was sentenced to 20 years in prison, was demoted to the lowest Air Force Rank, dishonorably discharged, forfeited pay, and is required to register as a sex offender.

The investigation, conducted by G 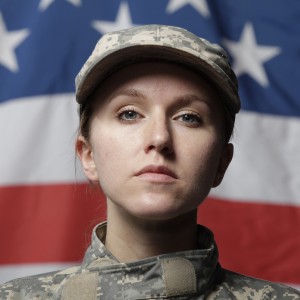 eneral Edward A. Rice Jr. of the Air Education and Training Command and Major General Margaret H. Woodward who is the Chief of Air Force Safety, concluded that there was a lack of accountability and leadership among military training instructors that lead to rampant abuses of power. According to the Wall Street Journal, some instructors would assign their victims to duties that would force them to be alone together, even going so far as to select their victims at the start of base training. At a press conference, Rice recounted Woodward’s statement that the perpetrators “knew that they were violating a regulation or policy, and that was very clear to them . . .This report necessarily focuses on the few who violated a sacred trust and broke faith with fellow airmen everywhere.” The report of also includes 46 recommendations to make commanders more accountable for their actions, including a more detailed selection process for trainers, requiring that 25% of trainers be women, and the establishment of a Military Training Oversight Council.

Some members of Congress believe that congressional intervention is necessary if sexual assault in the military is to be stopped. Representative Niki Tsongas (D-MA) sits on the House Armed Services Committee and told the Huffington Post, “These findings and recommendations are not far off from what we expected to see, given the defects in the system and in leadership that have become clear since the Lackland incident came to light. . .The horrific incidents at Lackland and the string of high-profile scandals of a sexual nature currently plaguing the military confirm a deep-rooted cultural failure.” But General Rice firmly believes that the Pentagon and Air Force are equipped to make the changes themselves. Rice stated that the recommendations listed in the report are just the beginning of the necessary changes. “This isn’t the end,” he said, “This is an ongoing process.”

Female soldier in front of US flag photo from Shutterstock.