Her road to the prosecutor’s office has been a long one. When left to raise her five children alone in San Jose, she also wanted to study law with one of the local attorneys. Initially, she met with a series of rejections, such as one that said:

My dear young friend: Excuse my delay in answering your letter asking permission to enter my law office as a student. My high regard for your parents, and for you, who seem to have no right understanding of what you say you want to undertake, forbid encouraging you in so foolish a pursuit, wherein you would invite nothing but ridicule if not contempt. A woman’s place is at home, unless it be as a teacher. If you would like a position in our public schools, I will be glad to recommend you, for I think you are well qualified. Very respectfully, Francis Spencer.

Eventually she did succeed in being allowed to study law in a local attorney’s office, and after a while felt prepared to take the bar exam. But the California Bar admitted only qualified “white male citizens” at the time, so she drew up a bill that would change that to admit any qualified “citizen or person,” and found a sympathetic State Senator to introduce it. The removal of the racial restriction caused little controversy, but allowing women to practice law was seen as an extremely radical step. 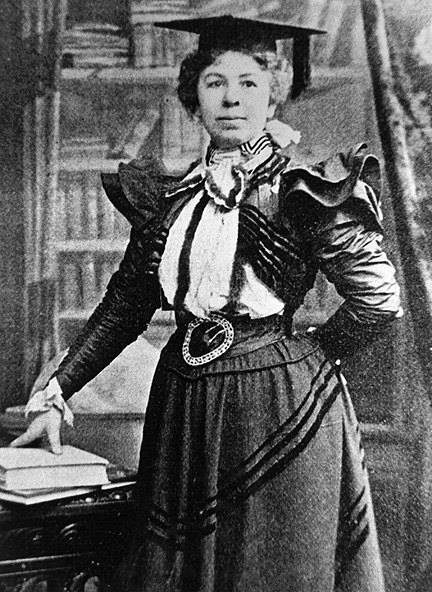 Thanks to her lobbying, Senate Bill 66 survived a vigorous debate in both houses of the legislature, as well as the Governor’s reluctance to sign it. On September 5, 1878, she became the first woman admitted to the California Bar.

But Foltz knew that informal study of the law was not equal to a formal college education, so she applied to the Hastings College of Law, which had no specific ban on women’s admissions. This seems to have been because the school’s founders had never considered the possibility that a woman might apply. The school “conditionally” admitted her, but this was just the beginning of the battle. She encountered hostility from the start.

She had a bad cold on her first day at school, and every time she coughed, the entire class broke out in a fit of coughing. Whenever she turned a page in her notebook, all the boys did as well. And if she moved her chair, every chair in the room suddenly and quite noisily shifted.

The next day the school’s Board of Directors voted unanimously against having women students, formally rejecting her application and that of Laura de Force Gordon as well. They sued, Foltz argued the case herself, and won.

In a speech at the Chicago World’s Fair in 1893, Foltz launched her fight for “Public Defenders,” whose full-time job will be to defend the rights of those who are accused of a crime and cannot afford a lawyer. Indigent defendants presently get court-appointed private counsel – usually the youngest and most inexperienced – who see this duty as an inconvenience, and have few resources to conduct a thorough investigation even if they want to do so. Though not yet adopted anywhere, many States and counties have expressed an interest in her excellent idea. Foltz also came up with another novel innovation, this one accepted and implemented in California almost two decades ago: a parole system.

Clara Shortridge Foltz has been an active suffragist for over thirty years. She was an early president of the California Woman Suffrage Association, and shortly after moving to this city in 1906 was elected president of one of the most active and vocal suffrage groups, the Los Angeles Votes for Women Club.

She has long criticized District Attorneys’ offices in general for overzealous prosecutions due to a system that rewards prosecutors for convictions, regardless of how they are obtained. But her goal will be justice, not public acclaim. Though it is assumed she will be assigned cases dealing with women and children, she says that she is perfectly willing to take up cases involving men if the District Attorney assigns them to her, and that she can successfully make the transition from defense attorney to prosecutor:

“I believe that it is true that a woman can better find out the truth when unfortunate women or girls get into trouble. There are times where there is a real good excuse for them being in trouble and if they do not deserve punishment it will be my duty to look into such cases as these and find if they are worthy of sympathy and lenience. I say spare the innocent, but prosecute the guilty. I do not believe that because a woman is a woman she should not be amenable to the laws …. If I find a woman who should pay the penalty for her acts, you will find that I will be a vigorous prosecutor.”

Today marks an advance for the rights of women and an improvement in the local criminal justice system as well. District Attorney Fredericks should be applauded for his appointment of a highly qualified, dedicated, and uniquely experienced attorney as a Deputy D.A., and her example should pave the way for many more women with similar legal ambitions.