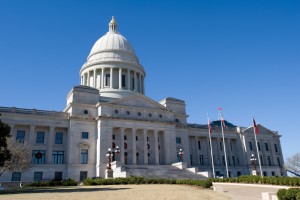 The Arkansas Senate voted yesterday to override Governor Mike Beebe’s (D) Tuesday veto of a bill that bans abortion at twenty weeks. The Senate voted 19 to 14 in favor of overriding the veto following a House override vote of 53 to 28 on Wednesday. In Arkansas, a majority vote in both houses is the only requirement to override a veto and pass a bill into law. The passage of the bill makes Arkansas the tenth state to outlaw abortions after 20 weeks.

The state legislature also approved a bill outlawing abortion after a fetal heartbeat is detected through an abdominal ultrasound, which typically occurs at 12 weeks. The bill now goes before Governor Beebe, who is expected to veto the legislation.