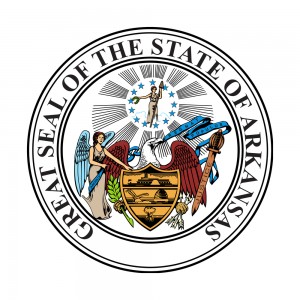 The Arkansas “heartbeat” bill that is currently being debated in the Arkansas state House could ban abortion after 12 weeks and be voted into law without the governor’s approval.

Earlier this month, the Arkansas state Senate passed the Human Heartbeat Protection Act on a 28 to 6 vote. This act would require women who are seeking to terminate their pregnancies to undergo an ultrasound. If the probe is able to detect a fetal heartbeat, the woman would not be allowed to undergo an abortion on the grounds that a fetus with a heartbeat is a human being. Originally, the bill did not specify whether a transabdominal ultrasound or a transvaginal ultrasound would be used. A transvaginal ultrasound can detect a heartbeat as early as six weeks into a pregnancy.

Since the bill passed in the state Senate, its sponsor Senator Jason Rapert (R-Conway) has revised his legislation into a “moderate” heartbeat ban. In the revised legislation, he clarified that the ban would only apply when a heartbeat is detected with an abdominal ultrasound, usually around 12 weeks into the pregnancy. He is also adding exceptions for cases of severe fetal abnormality, and is working to remove criminal penalties for abortion providers who perform a procedure after the 12 week mark. Despite these revisions, the Human Heartbeat Protection Act would be the most restrictive abortion ban in the nation.

Governor Beebe (D) has expressed concerns over the constitutionality of the heartbeat ban but has not indicated if he will veto the legislation should it pass the House. Beebe has already agreed to sign into law legislation prohibiting abortion coverage under the state health insurance exchange program and a 20 week abortion ban, however he has remained hesitant about speaking on the heartbeat bill. The Arkansas state legislature could pass the heartbeat ban into law even if the governor vetoes the bill. The Arkansas state legislation has the power to override the Governor’s veto with a simple majority in both chambers. Currently both the Arkansas state House and Senate appear to have majority support for the ban.

Seal of American state of Arkansas; isolated on white background from Shutterstock