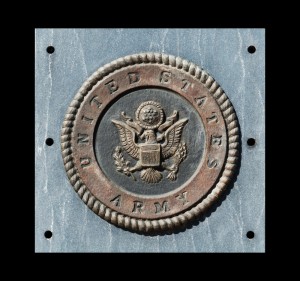 A U.S. Army Sergeant tasked with preventing sexual assault in the military is being investigated for charges of “abusive sexual contact.”

The Sergeant 1st Class, whose name has not been released, served as the Sexual Harassment/Assault Result Prevention (SHARP) Coordinator and Equal Opportunity Advisor at Fort Hood in Texas. U.S. Army Criminal Investigation Command is handling the investigation and the sergeant has been removed from all duties. According to a statement released by the Department of Defense (DoD) the service member in question is being investigated for allegations of “pandering, abusive sexual contact, assault and maltreatment of subordinates.”

This new investigation follows the case of an Air Force chief of sexual assault prevention and response who wasarrested on charges of sexual battery. Lieutenant Colonel Jeffery Krusinski groped a woman in a parking lot. She fought him off when he attempted to grab her again and immediately alerted the police. An anonymous spokesperson for the Air Force confirmed that Krusinski had been dismissed from his post in response to the allegations. Later that week, the Department of Defense issued an annual report that showed that sexual assault in the military rose by 35% from 2010 to 2012. The report found that 26,000 members of the military experienced “unwanted sexual contact” in 2012 when answering an anonymous survey – a rate of approximately 70 assaults a day.

As a result of these recent cases, Secretary of Defense Chuck Hagel has ordered all military personnel responsible for sexual assault prevention and response, in addition to recruiters, to be retrained, re-credentialed, and re-screened. Senator Kristen Gillibrand (D-NY), Chair of the Senate Armed Services Subcommittee announced that she will be introducing legislation with Senator Barbara Boxer (D-CA) that will remove military sexual assault cases out of the chain of command. In a statement Gillibrand wrote:

“For the second time in a week we are seeing someone who is supposed to be the tip of the spear preventing sexual assault being investigated for committing that very act. We have to do better by the men and women serving. And assure them that they will be serving and not be attacked by their colleagues, and not be subject to this kind of treatment.We have the best and the brightest serving in our military. We have the greatest military in the world. And we ask everything of them. We ask them to even die for their country. We should not be asking them to be subject to sexual assault and rape.It is time to get serious and get to work reforming the military justice system that clearly isn’t working. I believe strongly that to create the kind of real reform that will make a difference we must remove the chain of command from the decision making process for these types of serious offenses.”

“Military sexual assault is an outrage,” exclaimed Eleanor Smeal, President of the Feminist Majority, following the release of the DoD report. “There is no excuse. We must take military sexual assault cases out of the chain of command so those responsible are held accountable for their egregious actions. No more coddling, no more protection, no more promoting of predators.”

US Army emblem on granite with black background from Shutterstock