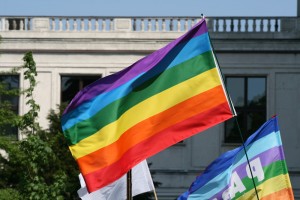 The United States Supreme Court has announced that it will hear two cases regarding same sex marriage. One case challenges Proposition 8, the California state ban on same-sex marriage and the other challenges the Defense of Marriage Act, a federal law defining marriage as between a man and a woman. Though official dates have not been determined, hearings on the cases will most likely begin in late March with a ruling expected sometime in June.

Theodore Olson, a lawyer who is leading the fight against Proposition 8, told Bloomberg this decision is “perhaps the most important remaining civil rights issue of our time.” Chad Griffin, executive direct of the Human Rights Campaign, told USA Today “I fully believe that this court’s going to come down on the side of freedom and equality.”