The governing body of the Church of England is set to begin discussions about whether or not to allow women to become bishops. All three branches of the General Synod, the House of Bishops, the House of Clergy, and the House of Laity must approve of any decision to allow women bishops by a two-thirds majority. If these branches fail to approve the change, the measure cannot come back before the synod for at least seven years. 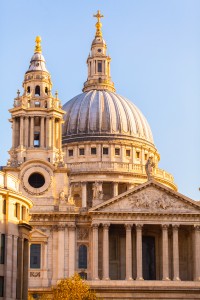 Twenty years ago, the Anglican Church first approved that women could be ordained as priests and now women are a third of all clergy in the Church of England. The subject of women bishops was argued earlier this year, but was dismissed over language in an amendment that allowed parishes to request a male bishop who shared their beliefs if they were opposed to women bishops. Since then, the amendment has been rewritten to include slightly less discriminatory language.

Many Anglican traditionalists oppose this change, believing that having women bishops contradicts the theological foundation of the church. Some who support female bishops are against the measure because they feel it is too discriminatory because it still allows parishes to reject female bishops. While it is believed that the traditionalists do not have enough support to block the measure, those in favor of approving the measure are worried that the controversy may prevent the issue from passing.

In a letter by over 1,000 bishops, clergy, and laity that was published in the Independent, they agreed “Just as the Churches have repented of our historic anti-Semitism and endorsement of slavery, so we believe that we must now show clearly that we no longer believe women to be inferior to men.”