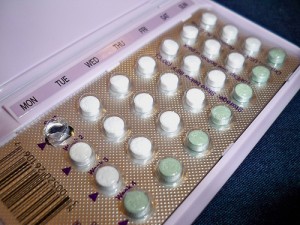 On Friday, a U.S. District Court judge issued a temporary injunction, which allows Hercules Industries Inc. to avoid penalties for not providing contraceptives in its company’s health care plan. This controversial case is the first to successfully petition for a temporary exemption from the Affordable Care Act’s birth control requirement. Judge John Kane ruled that he saw the potential for the federal law to put a “substantial burden” on the business’ right to practice their religion, which is a violation of the Religious Freedom Restoration Act.

According to RH Reality Check, Sarah Lipton-Lubet, policy counsel for the ACLU Washington Legislative Office, insisted, “This is not religious freedom, this is discrimination. Real religious liberty gives everyone the right to make their own decisions about their own health, including whether and when to use birth control. It doesn’t give anyone the right to impose their beliefs on others.”

Judge Kane made it clear that this temporary injunction applies only to Hercules Industries, a for-profit air conditioning company. Hercules Industries could not be included in the federal list of exempt employers because it is not a place of worship. The federal government provided an exemption for religious institutions from birth control coverage under their insurance policies by requiring the insurance companies to cover the cost. It has also delayed enforcement of the provision until August 2013, though for non-religious institutions it will go into effect next month. Hercules Industries claims it is a business run by a Roman Catholic family that opposes contraceptives.