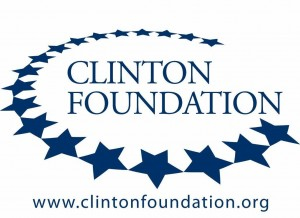 Bayer Pharmaceuticals recently announced their partnership with the Clinton Foundation to provide half priced implantable contraceptives for 27 million women living in developing countries worldwide.   The contraceptive, known as Jadelle (or Norplant), is a progestogen-only  plastic rod which is implanted under the skin and last up to five years, or until a woman decides to have it removed.

At a United Nations conference following the announcement of the Clinton Foundation’s partnership with Bayer, former President Bill Clinton said:

“This is a very big deal, and it will play itself out over and over again in the lives of citizens who will be safe, who will have healthier families and who will live longer lives.”

I can’t argue with Clinton about contraceptive use being an effective way of reducing maternal and infant mortality rates, but it’s too bad that the brand he sweet talked his way into a 6 year contract with is infamous for giving American women horrible PMS.  The drug is no longer sold in the US due to complaints from over 30,000 users.  They reported side effects ranging from headaches to depression and were compensated at around $1,500 each.

“experts estimate that about 250 million women around the world currently either wish to delay or prevent pregnancy all together but lack access to contraceptives- that is absolutely unacceptable and ridiculous.  In the year 2012 if women still cannot be in control of their reproduction that can be one of the greatest moral failures of our time.  This is not a women’s rights issue, it’s a human rights issue.”

Affordable contraceptives  are clearly a better alternative than the devastating maternal mortality rates in poor nations.  Although the use of hormonal contraceptives without the use of condoms may increase the risk of HIV/AIDS contraction and transmission and Jadelle may cause PMS symptoms, it seems to me that the benefits outweigh the risks.  Distribute contraception to 27 million women, partner that with a safe sex campaign, ensure that condoms are readily accessible to women receiving the Jadelle, and give women control over their own bodies.

The reality is that all standpoints on the issue stem from a desire to ensure the safety and well-being of women worldwide.  While the concern about the safety of the Jadelle contraceptive brand is warranted, with the proper distribution methods the benefits will likely outweigh the risks.  The Clinton Foundation projects that the distribution of Jadelle will prevent an estimated 30 million unwanted pregnancies from 2013 to 2018 and save 250 million dollars in US global health costs.