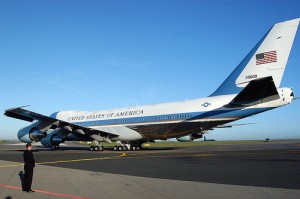 Today, Air Force Sergeant Luis Walker’s court-martial in the Lackland Air Force Base sexual abuse scandal begins in Texas. Walker faces 28 charges including multiple counts of rape, aggravated sexual contact and aggravated sexual assault. If convicted of all counts, he could get life in prison and a dishonorable discharge. A seven-member jury of military-personnel will decide the case, which is only the first of at least 12 cases in the Lackland Air Force Base scandal.

In a phone interview with The Daily Beast, California Congresswoman Jackie Speier “expressed her frustration with repeated but seemingly empty calls for ‘zero tolerance'” of sexual assault by the military. Speier is joining forces with Paula Coughlin, a woman who came forward as a Navy Lieutenant in 1992 with her own story of sexual assault in the military, and the organization Protect Our Defenders, in calling for a congressional hearing into the Lackland case.

Vice-chair of the House Armed Services Committee Representative Mac Thornberry (R-TX) said there is “no evidence” of a serious sexual assault problem at Lackland. Thus far, one quarter of Lackland’s instructors have been charged or are being investigated for sexual misconduct and at least 31 victims have come forward.

A 2012 Pentagon report found that 3,192 cases of sexual assault were reported within the U.S. military in 2012, which is a 1 percent increase from 2010. However, according to the Defense Department, only an estimated 15 percent of actual incidents are reported, which brings the estimated number up to 19,000 assaults each year.

Currently, reports of sexual assault are handled within the military’s chain of command. Elizabeth Hillman, president of the National Institute for Military Justice, claims that the military’s emphasis on hierarchy and authority creates an environment where many officers are more inclined to protect the institution than the victim. “Look at Penn State,” she said, “what happened there is just what happened in the Catholic Church and the U.S. Military.”