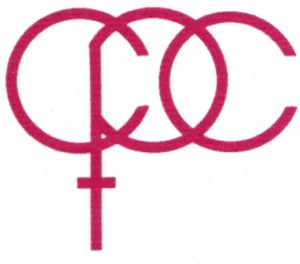 President Obama has made his intentions clear. The President’s FY 2010 budget calls for a return to science-based initiatives and an end to federal funding for abstinence-only education programs.

As women’s and comprehensive sexual health care advocates, we hope so.

[youtube=http://www.youtube.com/watch?v=FJXRVA16Kig&hl=en&fs=1&rel=0] Hunter Stuart takes a close look at “crisis pregnancy centers,” some of which are federally funded, that often give out inaccurate medical information, prosthelytize and use shame and scare tactics when counseling women.

Even after the Democrats assumed control of the House, Appropriations Committee Chair David Obey (D-WI-7) managed to direct more and more fistfuls of cash to the abstinence-only education industry.

The U.S. Department of Health and Human Service’s own commissioned report on federally funded abstinence-only education programs concluded they do not delay the onset of sexual activity. In other words, they don’t work. The report found that young people educated under abstinence-only curricula are more likely than their peers to think condoms don’t help prevent sexually transmitted infections (STIs) including HIV, Chlamydia, gonorrhea, herpes and HPV.

The National Abstinence Education Association (NAEA) recently published a letter on its website for its supporters to send to Representative Obey beseeching him to continue funding abstinence-only education.

“…the President’s (budget) request would remove an important primary prevention skill-building message to 2.5 million students each year. With 1 in 4 teen girls having at least 1 STD and the teen birth rate beginning to inch upward, it is vital that teens receive skills that will equip them to make the healthiest choice for their sexual health. Only abstinence education provides these skills.”

A whopper of a conclusion – given the evidence, given the facts, given the truth. This is the definition of Non Sequitur.

Their concern about rising teen pregnancy rates and STI’s strikes us as disingenuous given where the money’s been going.

So-called crisis pregnancy centers (CPCs) or fake clinics have received a substantial portion of abstinence-only federal appropriations. In fact, the number of these bogus clinics has dramatically increased because of it.

In reality, a vast number of CPCs promote scientific and medical fallacies about the consequences of abortion and birth control to intimidate women out of seeking these services. These lies range from the most outrageous — that abortion causes breast cancer and suicide — to the most irresponsible – that condoms will not protect you from HIV/AIDS and other sexually transmitted infections.

These claims are blatantly false.

The National Cancer Institute and World Health Organization definitively state there is no link between abortion and breast cancer.

[O]ver several decades a considerable amount of research has been and continues to be conducted to determine whether having an induced abortion, or a miscarriage (also known as spontaneous abortion), influences a woman’s chances of developing breast cancer later in life.

In February 2003, the National Cancer Institute (NCI) convened a workshop of over 100 of the world’s leading experts who study pregnancy and breast cancer risk. Workshop participants reviewed existing population-based, clinical, and animal studies on the relationship between pregnancy and breast cancer risk, including studies of induced and spontaneous abortions. They concluded that having an abortion or miscarriage does not increase a woman’s subsequent risk of developing breast cancer. A summary of their findings, titled Summary Report: Early Reproductive Events and Breast Cancer Workshop, can be found at http://www.cancer.gov/cancerinfo/ere-workshop-report.

Multiple studies, including one released last summer by the American Psychological Association, confirm there is no credible evidence between an elective abortion and mental health problems.

And, according to the Centers for Disease Control and Prevention (CDC), the consistent use of condoms is a highly effective method of preventing HIV/AIDS in addition to helping reduce the risk of transmission for many sexually transmitted infections.

The flagrant deceit documented in the video accompanying this article will shock most people – regardless of their political persuasion.

A review of the websites of some of the largest CPC recipients of federal funding reveals these centers perpetuate these offensive, ideologically-driven misrepresentations and scare tactics thanks to the public dole.

One federally funded CPC feigns to offer “…accurate and factual information about your pregnancy options” online.

But listed under Risk #1-Breast Cancer, the first of the ‘documented medical risks’ of abortion, the website falsely claims “…there is credible evidence to link abortion to (breast) cancer,” and “Abortion interrupts the natural process of breast development, leaving the breast with more cells that can become cancerous.”

Under Risk #4 – Suicide, the website misleadingly states, “Research shows there is an increased risk of self-harm, suicide attempts and suicide (twice as likely) for women who have had an abortion.”

Finally, under the heading “Spiritual/ Moral Consequences,” the website ominously declares, “Having an abortion may affect more than just your body and your mind – it may have an impact on your relationship with God.”

So what is it going to be?

Will Congress continue to place the health and lives of young women (and men) on the line by pumping millions of dollars into failed abstinence-only education programs while almost half of the 19 million new sexually transmitted infections occurring each year are among young people ages 15-24?

Will we continue to subsidize facilities that may frighten women with misinformation and lies?

Or call Representative Obey’s office directly at 202-225-3365 and urge him to end abstinence-only education funding in the Labor HHS FY 2010 budget.

There is no time to waste.

This special report on Crisis Pregnancy Centers is a joint project of RH Reality Check, the Feminist Majority Foundation and Stuart Productions.