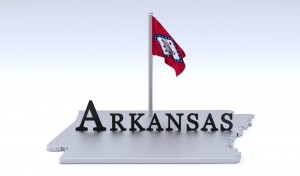 Two doctors have requested that a federal judge temporarily block enforcement of Arkansas’ 12 week abortion ban while the ban is facing legal challenges.

The “Human Heartbeat Protection Act,” or Act 301, bans abortion once a human heartbeat is detected using a standard abdominal ultrasound, usually at 12 weeks gestation. The bill was passed into law when the state legislature voted to override the governor’s veto. The ACLU and Center for Reproductive Rights have filed a lawsuit on behalf of two doctors in the state who are challenging the constitutionality of the pre-viability ban. They have also filed a request to block the enforcement of the ban while their lawsuit is pending. If no injunction is granted, the bill will take affect after August 16, 2013.

Earlier this month, the Attorney General for the state of Arkansas filed a motion to dismiss the case. However, U.S. District Judge Susan Webber Wright rejected their motion, stating that the doctors had provided a strong enough case to proceed with the lawsuit. In her ruling on the dismissal, she wrote, “The court finds at this pleading stage, plaintiffs have demonstrated a realistic danger of sustaining a direct injury as a result of Act 301’s operation or enforcement, and they have presented a justiciable controversy that is ripe for review.”

If a doctor terminates a pregnancy after 12 weeks that is not a result of rape, incest, or is to save the life of the mother, they could potentially lose their license. Opponents of the ban continued in her ruling, “Accepting these allegations as true, as the court must do at this juncture, the court finds that plaintiffs have alleged facts sufficient to state a claim that the provision of Act 301 that prohibits abortions at 12 weeks gestation when a fetal heartbeat is detected impermissibly infringes a woman’s Fourteenth Amendment right to choose to terminate a pregnancy before viability.”

A hearing is scheduled for today to determine whether or not to grant the plaintiffs’ request to block enforcement. The case is Edwards v. Beck, 13-cv-00224, U.S. District Court, Eastern District of Arkansas.