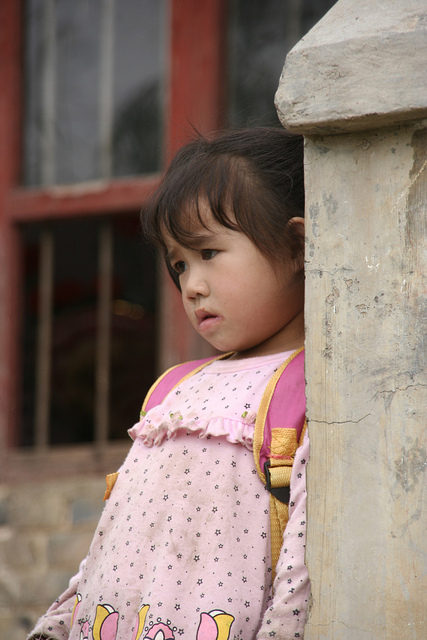 On October 31, the world population reached 7 billion. According to one Chinese demographer, however, if not for China’s one-child policy, the world population would have hit that number five years ago. China has the largest population on earth with 1.4 billion people. However, since 1979, the National Population and Family Planning Commission of China reports that the policy prevented 400 plus million births with the country’s fertility rate still rapidly declining. Given the staggering facts of 7 billion, does China then deserve a pat on the back? Not exactly. China’s population policy may have pushed back the inevitable, but at women’s expense.

For the three decades since China implemented the one-child policy, aborting female fetuses and abandoning female infants have become all too common. Ultrasound machines have given rise to sex-selective abortions; infant girls have been abandoned or literally neglected to death. According to the China Academy of Social Sciences, for every 100 Chinese girls born there are 123 boys meaning that some 160 million girls are missing.

In recent years the Chinese government has become slightly lenient in its birth quota enforcement allowing some rural families to have a second child if that child was a girl. Yet, this hasn’t stopped local authorities from coercing women into forced abortions and sterilizations in order to meet birth targets.  In 2005, Chen Guangcheng published a report that exposed 130,000 forced abortions and sterilizations; Guangcheng is now on house arrest. Just a few days before the 7 billion global population mark, Ma Jihong, a mother pregnant with her second child, died on an operating table after Lijin, Shandong province officials forced her into a late-term abortion.

The reproductive implications of the one-child policy are only part of the story. Because of the scarcity of women, an estimated 40 million Chinese men lack a female counterpart. By 2013, one in every 10 Chinese men will not marry. Chinese women fear the scarcity will pressure them to take on more traditional domesticated roles and thwart them from opportunities in professional occupations. Elsewhere, the lack of potential brides has drastically increased sex trafficking into the country as well as bride buying.

The issues of population, female infanticide, women’s reproductive rights, and human trafficking are thus all interconnected issues. And, if these are the consequences that follow a one-child family planning policy, is this really the solution for the population crisis?

Ever-increasing global population numbers is an issue. Our world, environment, and natural resources cannot adequately sustain 7 billion people. Violating Chinese women’s bodies and reproductive rights, however, cannot be a solution for this problem. Female infanticide and forced sterilizations are not solutions for this problem. Women deserve the right to choose whether or not they will or can bear a child, and that right needs to be protected. Likewise, girls cannot be discriminated against, and that policy needs to be enforced. China cannot serve as model for population control, and it is our role as feminists to develop a more appropriate solution.