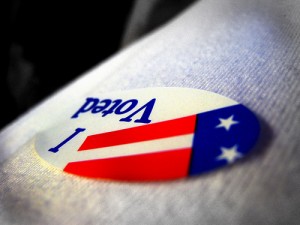 But both races had peculiar local issues too.  In New Jersey, a sensational summer federal probe resulting in the arrests of dozens of corrupt political officials and a massive economic recession set the stage. Chris Christie, the winning gubernatorial candidate, a perceived crusading former U.S. attorney, narrowly defeated the incumbent governor Jon Corzine, former chair of Goldman Sacs and an easy target for the state economic woes.  Chris Christie stayed on message on the economy and down played his conservative social position against abortion rights.

In Virginia, Attorney General Robert McDonnell(R), the winning gubernatorial candidate from Northern Virginia, used the same play book.  McDonnell, with an extreme record against women’s rights, walked away from the social issues and emphasized the economy.  Meanwhile, Creigh Deeds, who hails from the conservative South, said he was not an Obama democrat, came out against the Public Option in Health Insurance reform, and was pro-gun.  In many ways this was a rematch of the last attorney general race, which Deeds lost to McDonnell.

Deeds, however, leaned extensively on abortion and working women issues in his ads. McDonnell countered with his daughter, who is an Iraq war veteran and working woman in his ads. The picture of McDonnell being a modern Dad for women pursuing their dreams seemed to stick. McDonnell, better known, campaigned repeatedly in the densely populated North; Deeds did not and stuck more to the South.

Feminists have much to worry about with both elections.  The result is both states will have anti-choice leadership.  In Virginia, the conservative Republicans also won solidly the Lt. Governor and Attorney General offices.  Particularly troubling is the defeat of  feminist and pro-choice Jodi Wagner for Lt. Governor,  despite being generally acknowledged for her financial skills in navigating the state under the last two very popular democratic governors. As state treasurer under former Governor and now Senator Mark Warner and finance secretary under Governor Kaine, Wagner has been given much credit for Virginia avoiding  the economic woes that most states have suffered and for being rated one of the best managed states fiscally.