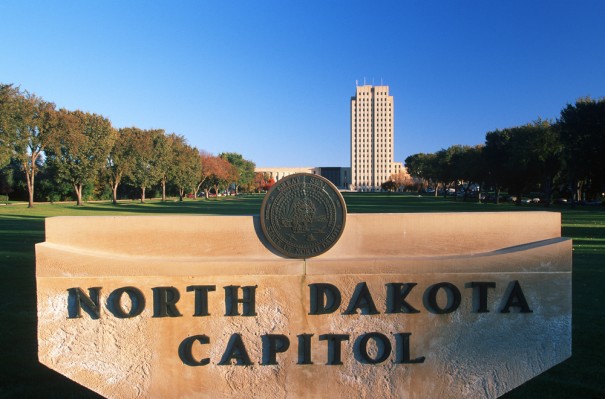 Yesterday a federal judge placed a temporary block on North Dakota’s ban on abortions after a fetal heartbeat is detected. Signed into law in March, the abortion law in North Dakota bans the procedure once a fetal heartbeat is detected, which can usually be found around the six-week mark. U.S. District Judge Daniel Hovland said that North Dakota’s abortion ban, which is the nation’s earliest ban, is “clearly invalid and unconstitutional.”

In his ruling, Hovland inserted a reminder that “the United States Supreme Court has unequivocally said that no state may deprive a woman of the choice to terminate her pregnancy at a point prior to viability.” Tammi Kromenaker, the director of the lone North Dakota clinic Red River, said that the ruling allows women in the state “an opportunity to find out they’re pregnant and think through their decision” thoroughly. The Center for Reproductive Rights filed a lawsuit against the six-week ban, as well as a lawsuit that challenges a measure prohibiting sex-selective abortions or terminations for genetic defects.

The Red River clinic has also challenged a North Dakota TRAP law (Targeted Regulation of Abortion Providers) requiring doctors that perform abortions to have admitting privileges at local hospitals even though they are needed in emergency cases. The judge has yet to hand down a ruling on the TRAP law.