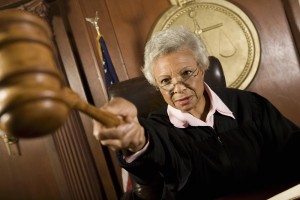 A federal judge has issued a temporary injunction against a twelve week abortion ban in Arkansas while the constitutionality of the bill is in question.

U.S. District Judge Susan Webber Wright of Little Rock granted the request of two doctors involved in the case to block the enforcement of the bill. In her decision she said, “I believe that there is a threat of irreparable harm, because these doctors… could face loss of their license… They also have established that their patients could suffer irreparable harm by not being able to have abortions post 12-weeks but during that pre-viability period.” The injunction will prevent the bill from going into effect until after Wright has heard closing arguments in the case and issued her decision. Currently, no date has been set to hear arguments in the case.

The “Human Heartbeat Protection Act,” or Act 301, bans abortion once a human heartbeat is detected using a standard abdominal ultrasound, usually at 12 weeks gestation. The bill was passed into law when the state legislature voted to override the governor’s veto. The ACLU and Center for Reproductive Rights have filed a lawsuit on behalf of two doctors in the state who are challenging the constitutionality of the pre-viability ban.

Senior judge pounding after judgment in courtroom from Shutterstock