Feminists are taking action on January 22 to celebrate the 42nd anniversary of Roe v Wade – the Supreme Court case that legalized abortion nationwide. 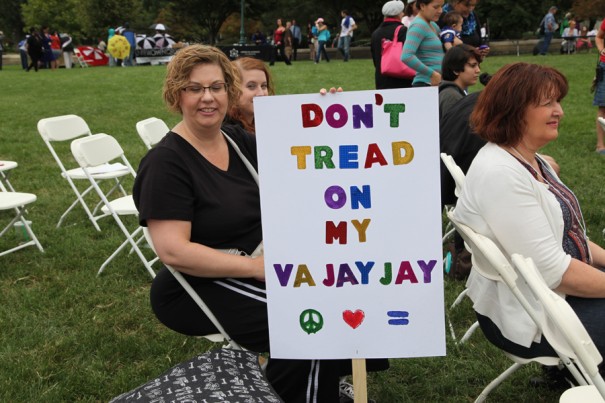 In our nation’s capital, activists are fighting against the 20-week abortion ban, which will be voted on in the House on January 22, the anniversary of Roe v Wade.

The proposed ban would directly violate Roe v Wade, which protects a woman’s right to a legal abortion. A similar 20-week abortion ban in Arizona was already found unconstitutional by the US Court of Appeals for the Ninth Circuit. The Supreme Court last year declined review of the appeals court decision

“It is outrageous that in their first few days back on the job, and on the anniversary of Roe v Wade, the House plans to vote on this unconstitutional abortion ban that flies in the face of Roe,” said Eleanor Smeal, President of the Feminist Majority Foundation. “A majority of Americans support legal abortion, and Roe saves women’s lives. We cannot and will not go back.”

The Feminist Majority Foundation, the National Organization for Women, DC NOW, and other allies, will join together at the US Supreme Court on Thursday, January 22nd from 1-3pm, to demonstrate support for Roe.

Activists are also taking to their state legislatures to counter attacks on women’s reproductive rights. For example, in Virginia, the Pro-Choice Coalition is hosting a Day of Action, which includes lobbying efforts in Richmond to advance legislation protecting access to birth control and to repeal Virginia’s mandatory ultrasound law.

In Tennessee, activists are fighting back against recently passed Amendment 1, which takes away privacy rights to abortion from women in the state, and enables lawmakers to enact further restrictions on abortion access. The Feminist Majority Foundation recently launched a petition calling on Tennessee legislators to exercise restraint and ensure that Tennessee women have comprehensive access to modern healthcare free from harassment and undue burden.

Louisiana advocates are responding to restrictions on abortion providers proposed last December by the Louisiana Department of Health and Hospitals (DHH). The DHH strict regulations has had the effect of closing clinics and limiting access to comprehensive health care.  New Orleans Abortion Fund (NOAF), together with the Feminist Majority Foundation, has planned a campaign to oppose regulations for abortion providers, which endanger women’s health and safety.