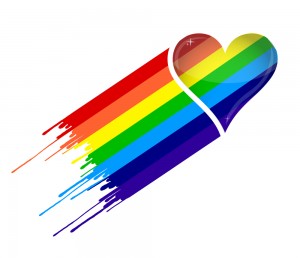 An 18-year-old high school senior in Florida who was charged with a felony and expelled from her school for a consensual same-sex relationship with a 15-year-old classmate rejected a plea deal from the state on Friday.

Kaitlin Hunt was arrested in February and charged with “lewd and lascivious battery on a child 12 to 16” after the parents of her partner filed charges against Hunt. The State Attorney, Brian Workman, had offered Hunt a plea deal of two years house arrest and one year probation. Instead, Hunt will go to trial on June 20th. If convicted she could face 15 years in jail.

In a statement, Hunt’s attorney Julia Graves said, “This is a situation of two teenagers who happen to be of the same sex involved in a relationship. If this case involved a boy and girl, there would be no media attention to this case… If this incident occurred 108 days earlier when she was 17, we wouldn’t even be here.”

The case has gathered widespread media attention since it went public earlier this month. The ACLU of Floridareleased a statement in support of Kaitlin Hunt, saying “This is a life sentence for behavior by teenagers that is all too common, whether they are male or female, gay or straight. High-school relationships may be fleeting, but felony convictions are not… This prosecution does nothing to protect Florida’s young people but instead causes a great deal of harm.” Even the hacker group Anonymous has come out in support of Hunt, posting a letter that read, “While in the course of performing your duties we feel that you’ve lost perspective… The truth is, Kaitlyn Hunt is a bright young girl who was involved in a consensual, same-sex relationship while both she and her partner were minors. She has a big future ahead of her and there are people, thousands of people in fact, that have no intention of allowing you to ruin it with your rotten selective enforcement.” Anonymous also threatened actions calling for the resignation of the state attorney and those involved in the prosecution.