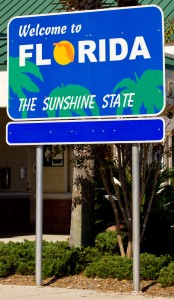 The Florida House Judiciary Committee narrowly passed a bill that could threatened abortion access to women of color in the state on Wednesday.

HB 845 would ban abortion for sex-selection or race-selection purposes. It would also require the doctor performing an abortion to sign a legal affidavit saying they have no knowledge that the procedure was being performed on the basis of race or sex and could face a $10,000 fine. The bill advanced out of committee in a vote of 10 to 7.

Kellie Dupree of the Florida Alliance of Planned Parenthood addressed the committee “If this bill becomes law, women of color will face racial profiling in the doctor’s office. All women will have their motives and their character questioned on the exam table. HB 845 is an anti-women’s health measure dressed as an anti-discrimination law. I urge you to vote no on this bill.”

Representative Ray Pilon of Sarasota was one of only two Republicans who voted against the bill. “As a former law enforcement officer, I think if we’re going to really attack criminal activity, we should do it in a criminal manner, not in a manner that puts the doctor on the spot. I think that’s the wrong person to place the blame on,”Pilon said.

“I just don’t understand how members can talk about how government is too big, government is too much in our lives … and then all of a sudden vote for this piece of legislation,” said Rep. Jared Moskowitz, D-Coral Springs. “This is a dramatic expansion of government in people’s lives.” Representative Dave Kerner (D-Lake Worth)shared similar sentiments, saying “This bill is taking us down that road of inserting government back into the lives of women at a time when they need privacy the most.”

The committee advanced two other measures relating to abortion alongside HB 845. HB 759 would treat any action contributing to the death of a fetus as a separate crime in addition to any offense committed against the mother. While the bill states that it would not be applied to legal abortions, pro-choice advocates fear that this could be used to restrict abortion access as well. The third measure, HB 887, would terminate the parental rights of a rapist for any child conceived in rape and allow a woman to decide whether or not terminate a pregnancy without interference from the rapist. It received unanimous support.