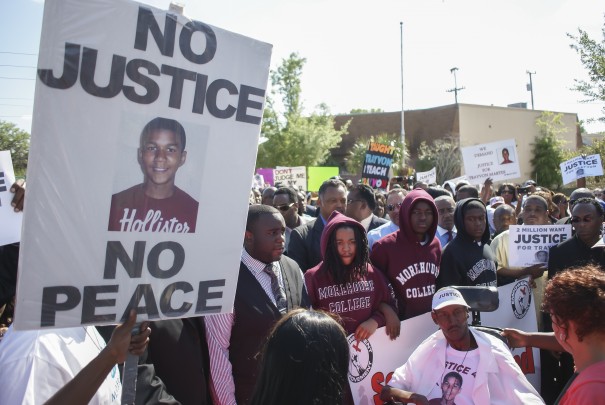 The Florida state House of Representatives will hold hearings in the fall to review the controversial “Stand Your Ground” law, according to House Speaker Will Weatherford.

Weatherford (R-Wesley Chapel) revealed in an opinion column published in the Tampa Tribune that he asked the chair of the House Criminal Justice Subcommittee, Matt Gaetz (R-Fort Walton Beach), to hold a hearing on the law when the House reconvenes in the fall. In the column, he wrote that “across Florida, representatives are receiving calls, letters, visits and emails from constituents with diverse opinions on ‘Stand Your Ground.’ Passions are high, but every person has the right to express their views on this matter of great importance.” He continued, “Our evaluation of its effectiveness should be guided by objective information, not by political expediency. Does the law keep the innocent safer? Is it being applied fairly? Are there ways we can make this law clearer and more understandable?”

Gaetz made it clear he supported the law in its current state and didn’t expect any changes to be made. “I don’t intend to move one damn comma on the ‘stand your ground’ law,” he said. “I’m fully supportive of the law as it’s written. I think any aberrational circumstances that have resulted are due to errors at the trial court level.” Nonetheless, many are citing this as a small victory.

A group of protesters, the Dream Defenders, have been outside the House non-stop for the past two weeks urging Governor Rick Scott (R) to call a special legislative session on the law. Phillip Agnew, executive director of the Dream Defenders, told reporters, “[The hearing is] a critical step. We’re excited about having an open debate.” But the decision to have a hearing is not going to satisfy the demands of the Dream Defenders, who also want broad re-evaluation of the racial profiling and discipline policies in schools.

Ciara Taylor, Political Director for the Dream Defenders, told reporters, “Ultimately you’re still ignoring the root of the issue, at least in terms of the Zimmerman verdict, and that is the criminalization of our youth, the way that young people are looked at in Florida, black, white and brown, and that’s due to the school-to-prison pipeline and racial profiling that’s perpetuated throughout law enforcement.”