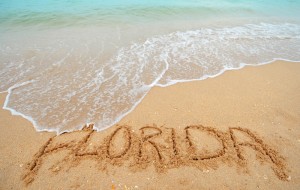 Currently only 35 states have ratified the ERA since it was introduced for state ratification in 1972. The last state to ratify the ERA was Indiana in 1977. To be added to the Constitution, 38 states must ratify the amendment.

Berman told WPTV, “There is precedent for it going on. I’m sure if that if Florida was one of those states we could make sure that it could become an amendment to the Constitution.”

“The Equal Rights Amendment will offer Constitutional protection to a woman’s right to equality,” she continued. “I have always been a strong advocate and proponent for women’s rights in all arenas and this is an inherent part of being an American.”

A Warm Tropical Beach from Shutterstock