In the United States, women’s groups join in the international 16 Days of Activism Against Gender-Based Violence. This public awareness of the need to end sexual assault and violence, which is also rampant in the United States, is being marked by a massive social media campaign and global online vigil to ask President Obama to stand with women and girls raped in conflict. Currently, the Helms Amendment and the Geneva Conventions are being interpreted extremely narrowly by the United States government so that U.S. is not providing comprehensive humanitarian aid, including the provision of abortion, to victims of rape and conflict.

“We hear the cries for help from countless women and yet, the largest provider of humanitarian aid has turned a deaf ear to the cries from raped women seeking comprehensive reproductive health services, including the provision of abortion. This is causing unimaginable suffering and even death to women and girls around the world,” says Eleanor Smeal, President of the Feminist Majority Foundation. 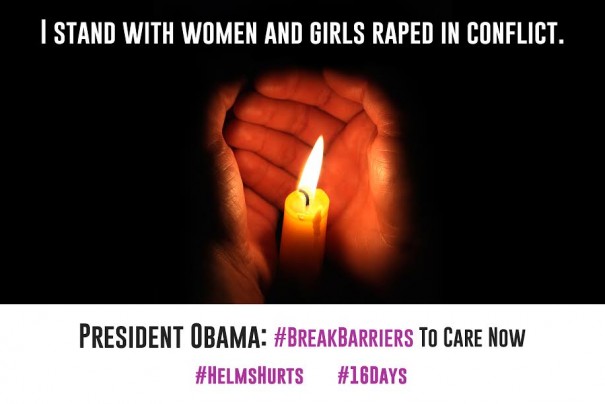