On Saturday, January 21, over 500,000 people in Washington D.C., and over 3.5 million people around the world, took to the streets with a simple message: We stand together. Women’s rights are human rights. America must move forward. Here are some of our favorite pictures from that historical day. 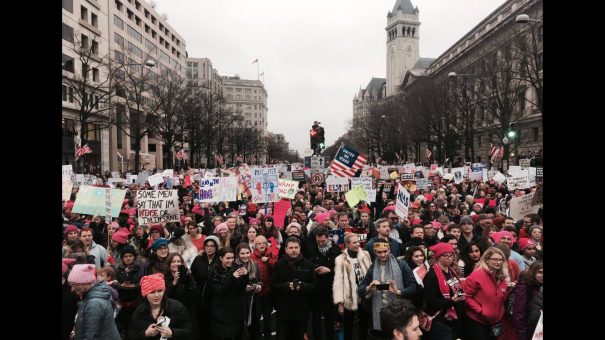 Known as “America’s Main Street,” Protesters march down Pennsylvania Avenue, the street that connects the White House to the Capitol. 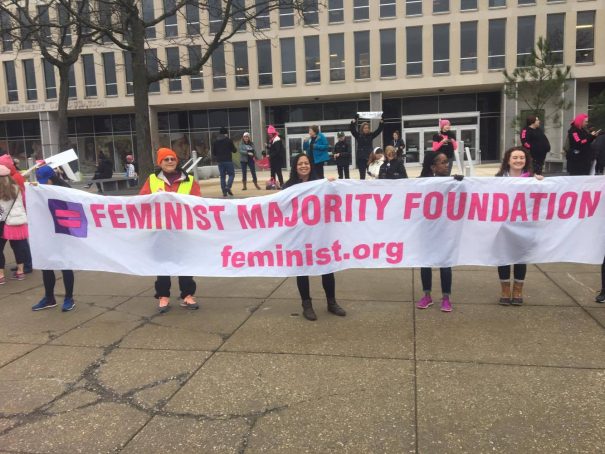 The Feminist Majority Foundation’s delegation had planned to march with a banner, but the crowd was so large, it quickly became impossible. 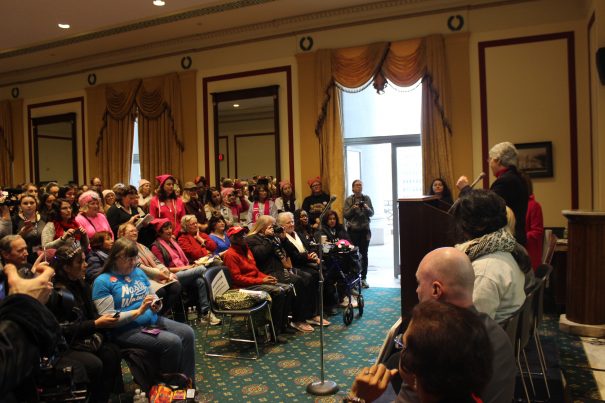 Eleanor Smeal, president of FMF, spoke to a crowd at Congresswoman Jackie Speier’s ERA Breakfast Reception before the march. 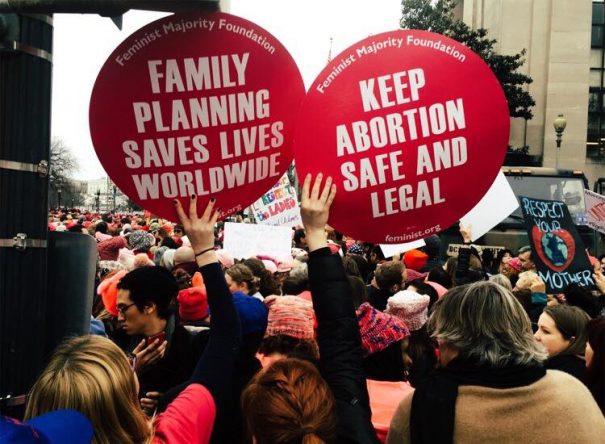 Outside, the crowd was lining up down Independence Avenue to hear the inspirational speakers at the rally. 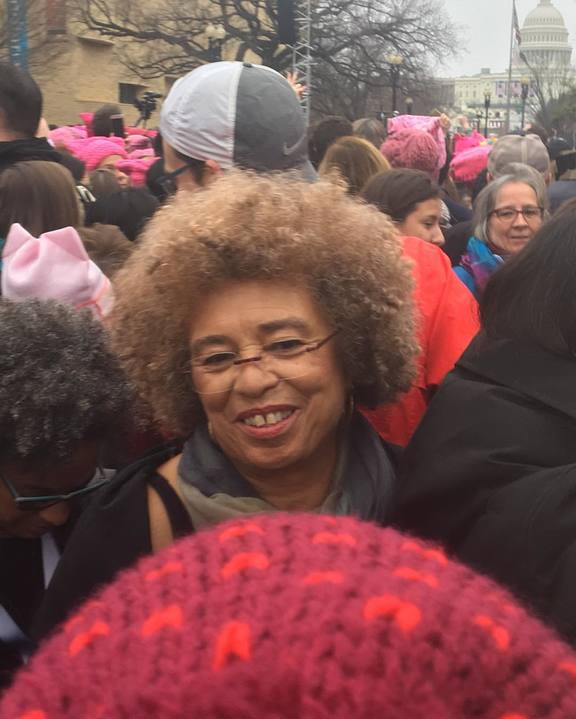 “We recognize that we are collective agents of history and that history cannot be deleted like web pages.” –Angela Davis 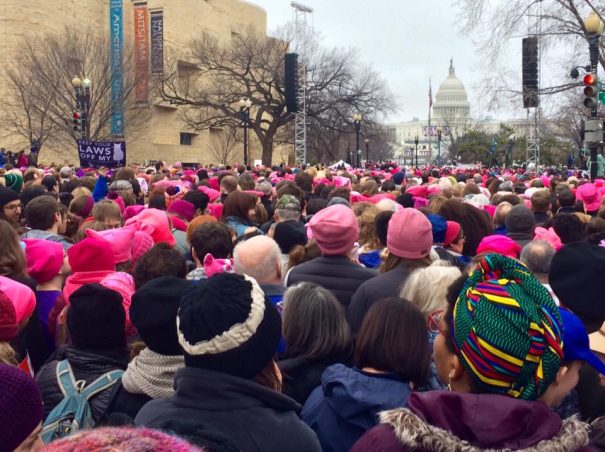 The crowd of pink “pussyhats” stretched more than 14 blocks down Independence Avenue, and, in some parts, was more than four blocks wide. 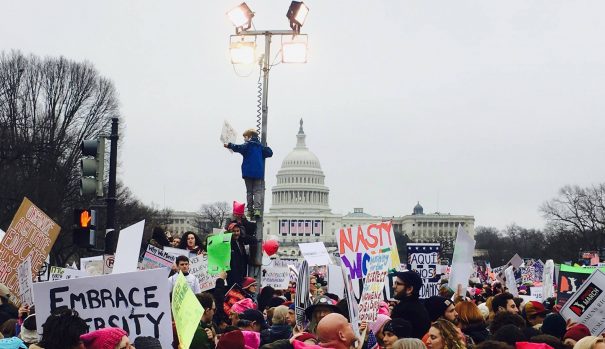 The U.S. Capitol, which just the day before had played host to the Inauguration, offered a beautiful backdrop to the day’s event. 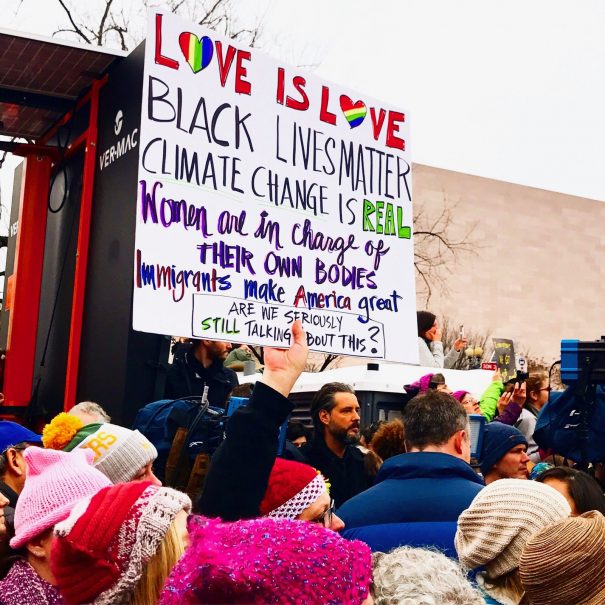 Many in the crowd had opted to make their own signs, depicting messages of love, unity and progress. 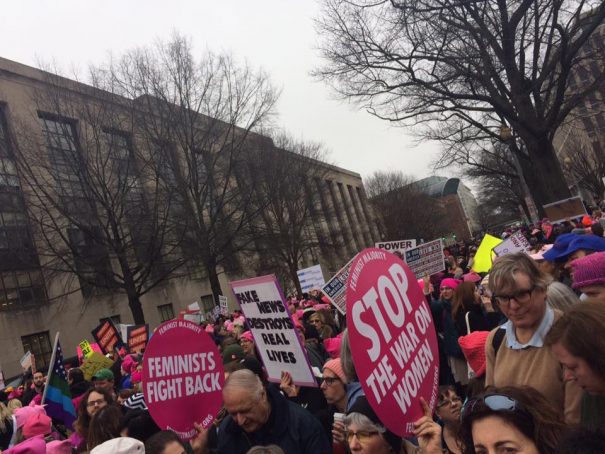 But we still spotted some FMF radical raspberry rounds in the crowd! 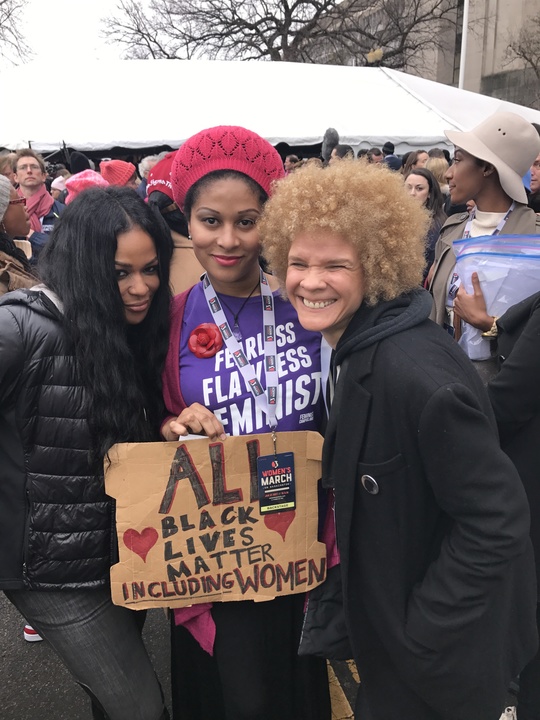 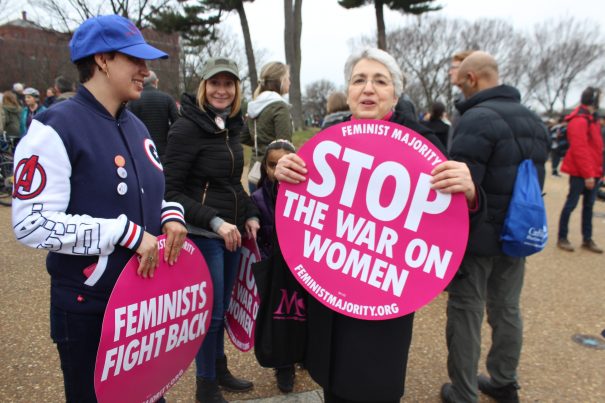 Eleanor Smeal, president of FMF and marching aficionado, was in her element on the National Mall.

The Women’s March was just the beginning. We must harness the momentum and move America forward. Sign up today for the Feminist Action Alerts Network.