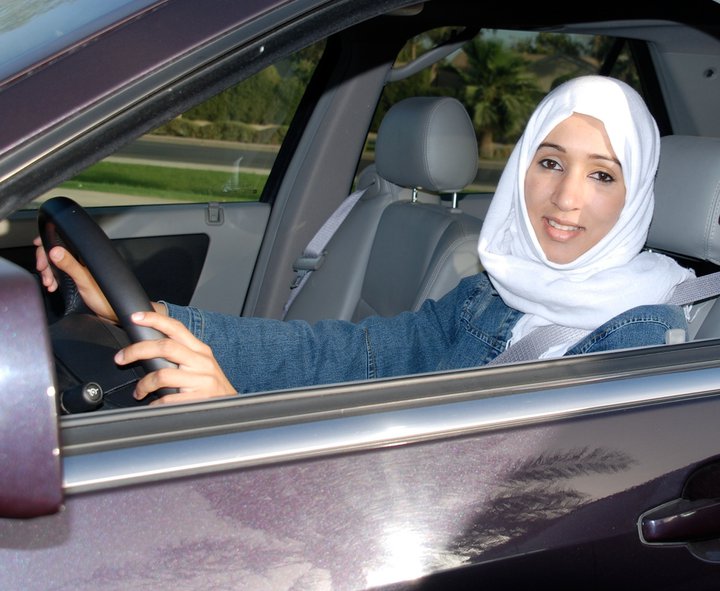 In a national TV address Sunday, Saudi King Abdullah declared an end to the de facto ban on women’s suffrage. Beginning in 2015, women will be able to vote and run in local elections.

This seemingly good news, heralded by the AP as “a major advancement for the rights of women,” overshadowed disturbing developments that have not made the news at all.

The day of the king’s announcement, a woman named Najla al-Hariri was brought in for questioning about her ongoing driving campaign by the Authority of Prosecutors Committee.

Though there is no law prohibiting women from driving, al-Hariri was detained by police for driving once before, in August. However, in a historic first, she was then released despite her refusal to sign a pledge never to drive again.

This time, she was forced to sign the pledge and, in an alarming move against Saudi women drivers, now faces trial months later–even though she broke no law. She does have a lawyer representing her.

Al-Hariri recently appeared in televised interviews about the Saudi women driving issue, during which video of her driving in the streets of Jeddah was broadcast.

“We believe this is the reason why she is being called upon and we denounce it and think it is completely unacceptable, shameful as it is dangerous,” read a statement from a new Saudi women’s initiative, MyRight2Dignity.

The statement by MyRight2Dignity also updates the case of a Saudi woman who in July drove herself to the hospital because she did not have access to alternative transportation and was alone and severely bleeding. Despite these emergency circumstances, the woman, still unidentified, was arrested and told upon her release to a male guardian that she would face trial. According to MyRight2Dignity, she has thus far been required to attend three unofficial “sessions” at the district court in the city of Jeddah. There has been no media coverage of the proceedings. In fact, the city newspaper Al Madina denies there is a trial at all.

However, Jeddah’s other major newspaper, Okaz, reported her less-than-humane treatment. At one point prior to a session, she was forced to wait for three hours in a room with poor air conditioning in the sweltering Saudi heat–despite the fact that she needed emergency medical attention just two months earlier.

A third, unidentified woman who drove in the Women2Drive moment has also been detained for trial, according to an anonymous activist source. The woman is too afraid to hire a lawyer, fearing that she will draw attention and thus a negative outcome.

The AP reported Sunday: “Saudi authorities went relatively easy on the women … who took to the roads earlier this year.” But that is simply no longer the case.

“We need the whole world to know the truth …it’s so horrible that the [Saudi] religious men break the laws to prosecuted women who did not violate any law, we need the world to talk about this,” says an internal Saudi Women2Drive advocate, working closely with the group’s organizer, Manal al-Sharif. She requested that her identify be kept a secret for her own protection.

The source reports that there seems to be a secret underground push by Saudi religious authorities to detain and persecute any woman who drive in Saudi Arabia. She said that the outlook is very grim in the case of the woman who drove herself to the hospital: “They might beat her. This is the frightening reality.”

“We are all very scared that they’re going to arrest every one of us,” she adds. The source emphasizes that this persecution is the effort of “religious extremist” conservative Saudis and not the king himself.

“What is happening to our women today is unfortunate and violates the rule of law and legal rights and is contrary to the reformist direction that was launched by The Custodian of the Two Holy Mosque,” stated Right2Dignity.

Like suffrage, the right to drive has been promised to Saudi women by the king.

Similarly, the UN Committee on the Elimination of All Forms of Discrimination against Women (CEDAW) urged [pdf] Saudi Arabia to take immediate action in 2008 to end for good the sexist system of male guardianship, which gives men authority over women’s lives.

Saudi Arabia pledged in 2009 to meet that and other UN recommendations. But like the promise that women would be permitted to drive, these words were not followed by action.

“We declare [once again] that there is no legal provision that criminalizes women for driving their cars, and which if found, would legally be considered a flagrant violation of women rights and would infringe treaties and conventions that was signed by the Kingdom of Saudi Arabia, such as CEDAW,” Right2Dignity said.

The Right2Dignity subsequently announced its initiative to provide lawyers for any woman sent to trial for driving.

“We shall continue this until The King hears our voices,” said Right2Dignity.

“We are going through this underground persecution, but we are going to continue…if we can vote, we should be able to drive ourselves to the polls,” says the anonymous Women2Drive activist.

Go here to email world leaders and urge them to support Saudi women’s right to drive.