This fifth day of “General” Rosalie Jones and her “suffrage army’s” hike from New York City to Albany saw sore feet causing a late start, but better weather, as well as renewed commitments by the marchers. This afternoon’s sendoff in Fishkill was enthusiastic, and included the Village President, the Chief of Police and a number of local suffragists as well.

Though the day started and ended well, an experiment in recruitment along the route was somewhat less than successful. “Colonel” Ida Craft, always eager to promote the cause to all, decided it might be a good idea to make up a pro-suffrage flyer specifically addressed to some of the hobos the troops encounter in their travels. Upon seeing someone who clearly seemed to qualify for this recruitment drive resting at the side of the road, she gave him a flyer, only to discover that he was one of the county’s wealthiest landowners, and not at all flattered by the case of mistaken identity. 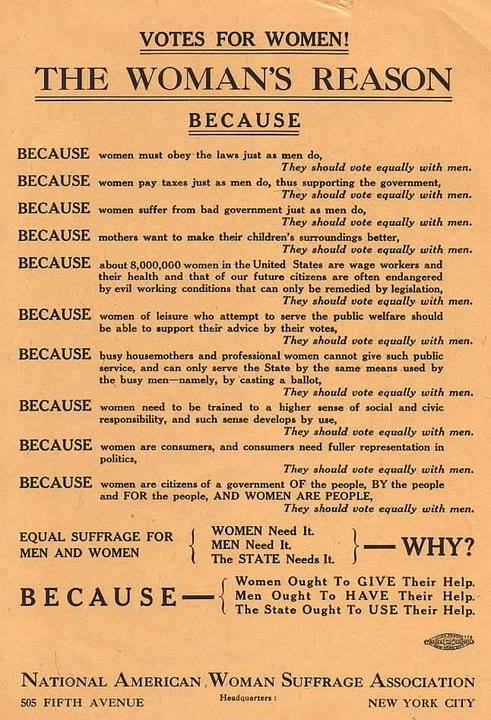 The next encounter went better, however. In another of the pilgrims’ unannounced visits to roadside schoolhouses, 25 children listened attentively to General Jones and the army’s “Surgeon-General,” Lavinia Dock. One boy seemed quite supportive of women having the vote, but when Dock predicted that some day Jones might be President, this brought a worried look to his face. But at least he supports the most important step toward putting a woman in the White House, even if he’s not quite ready for a Jones Administration just yet. The teacher, Elizabeth Livingston, was undecided on the issue, but now that she has lots of literature to look over during the long Winter, that should change.

Moving farther down the road, Colonel Craft was doing her usual duty of stuffing suffrage literature into mailboxes when a farmer vigorously objected. But her enthusiasm for the cause, and logical arguments in favor of woman suffrage, were sufficient to get him to at least think about supporting the right of women to vote.

Near the day’s objective of Wappingers Falls, it was the army’s medical officer who needed attention, but after a few minutes of rest and some shoe-shaking, Dock’s malady was cured.

As their goal-of-the-day approached there was still one formidable obstacle to overcome. General Jones’ mother, having read of the exhausting pace (64 miles in just the first four days) of the hike, sent a nurse out to intercept the hikers, check on the General’s health, and implore the Commander-in-Chief to give her “Farewell Address to the Troops” and come home. But the General had no intention of deserting her army, declaring: “I am carrying a message to Garcia – beg pardon – Sulzer. I am going to walk to Albany. You may go right home and tell mother so.” This statement caused the other hikers to make renewed pledges to reach Albany as well.

The pilgrims attended a dance held this evening at the Wappingers Falls Academy of Music, though “Captain” (and Chief Orator) Jessie Hardy Stubbs did all the actual dancing for the group. She is now a full-time speaker who delivers her speeches from the baggage car, and no longer one of the three hikers. This way she can spend as much time as possible speaking and answering questions at the army’s many stops, then can quickly catch up with the hikers.

Apparently the fame of the pilgrims is now sufficient that at tomorrow’s luncheon in Poughkeepsie, an “admission fee” will be charged to the sold-out event, with the proceeds going to help “The Cause.”

This first-ever “suffrage hike” is meant to generate attention and support for the suffrage movement in general, and specifically for putting a suffrage referendum on the New York State ballot. It is hoped that the hikers will reach Albany before the end of the year, and meet with Governor-elect Sulzer to obtain his support for their “Votes for Women” referendum drive.

This has already become a spectacularly successful suffrage event. Three hikers walking around rural New York State with a contingent of “War Correspondents” sending back stories to their papers are generating far more publicity this week than a National American Woman Suffrage Association meeting in Chicago.

The last time such a small group of U.S. suffragists generated widespread publicity was on February 16, 1908, when two dozen members of the Progressive Woman Suffrage Union defied custom – and the police – by staging the first “suffrage parade” down Broadway in Manhattan. Such parades and pageants are now annual events, with between 15,000 and 20,000 marchers in New York’s suffrage parade earlier this year. This newest innovation seems to be in the same category of effectiveness, so it’s a good bet that the end of the hike in Albany will not be the end of the hikes.

(Photo: A popular National American Woman Suffrage Association flyer explaining the major reasons why women should have the right to vote.)