Only one vote stood in the way of the Susan B. Anthony (nationwide woman suffrage) Amendment being adopted by the Senate. Having already been passed by the House on January 10th of last year, Senate approval would have sent it directly to the States for ratification, and done so at the best possible time.

Since this is an odd-numbered year, all State Legislatures are now – or soon will be – in regular session, so had the Anthony Amendment been passed today, there could have been quick votes, and ratification long before the first Primary elections of 1920. 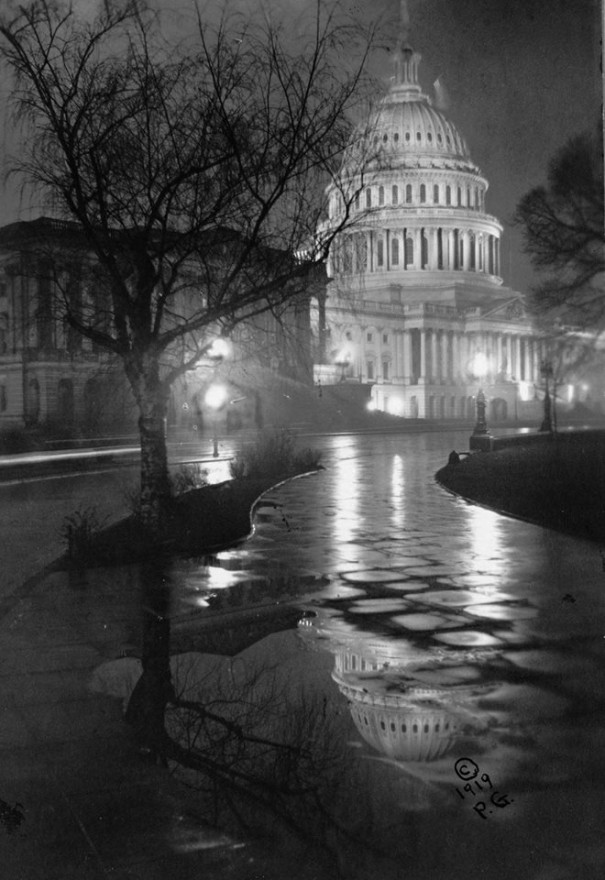 But because Congressional approval will be delayed by a least a few months, legislators in many States will have finished voting on this session’s bills by then, adjourn, and go back home to their other jobs until the next regular session, which in some States will not be until 1921. So getting 36 approvals from State legislatures in time for the next Presidential election will mean convincing a number of governors to call “special sessions.” Even pro-suffrage governors will not be eager to do this because of the extra expense to taxpayers, and anti-suffrage governors certainly will not want to call their legislatures back into session to approve a suffrage amendment.

Despite vigorous campaigns by both militant and more conservative suffrage groups, personal pleas from political powerhouses such as President Wilson and William Jennings Bryan to their fellow Democrats, and 26 State legislatures having recently asked Congress to pass the suffrage amendment so that they can ratify it, that last vote was nowhere to be found. The amendment’s chief sponsor, Senator Andrieus Jones, Democrat of New Mexico, was bitterly disappointed that in the final few days in which Democrats control Congress, this measure was not passed, and the blame will fall on his party.

Another Democratic Party leader expressed his disappointment this way: “It means certain defeat of the Democrats in 1920. The Republicans will adopt the resolution, and the women of the country will give them full credit for it. The Democrats have perpetrated a stupid trick in defeating the resolution.” Senate Majority Leader Thomas S. Martin, Democrat of Virginia, did not change his strong opposition to woman suffrage even though he had been warned by colleagues that his actions might “dig a hole” for the party in next year’s General Election.

Today there was a half-hour of debate, which convinced no one to switch sides, followed by a vote of 55-29. Two-thirds being needed for adoption of a Constitutional Amendment resolution, a single convert would have made it 56-28 and been sufficient for passage. Had all 96 members of the Senate been present and voting today, the result would still have been defeat, and by the same one-vote margin. The tally would have been 63-33, or one short of the 64-32 needed. The Anthony Amendment is supported by 72.7% of Senate Republicans and 59.6% of Democrats.

The opposition of Southern Democrats remains the roadblock to suffrage. Though “traditional” views about the role of women may have played a part in the “no” votes of some Senators from both North and South, the two biggest factors in Southern Democrats’ opposition to this measure are hostility toward Federal legislation in general, and the fact that this particular amendment is, and always has been, race-neutral.

Senator Edward James Gay, Democrat of Louisiana, said he was in favor of women voting, and had worked to get a suffrage bill through the Louisiana Legislature, but was opposed to a Federal amendment that would “impose” woman suffrage on all States.

Senator John Sharp Williams, of Mississippi, addressed the other concern of Southern Democrats when he attempted to offer a change in the wording of the Anthony Amendment so that it would apply to white women only. Since the resolution was already on its third reading, his motion was ruled out of order unless unanimous consent was given, something that was clearly lacking. This saved the Senate the trouble of rejecting his proposal again as they did in October, when 61 Senators voted against such a change, and 22 in favor.

Fortunately, a new Congress will be seated on March 4th. Suffragists appear to have gained three Senate votes and lost only one in the November elections, so a favorable result of 65-31 can be expected when the measure comes up again sometime this Spring. The new House must pass the Anthony Amendment again, but is expected to do so by a comfortable margin, so victory may have been delayed today, but certainly will not be denied.