With just six days left until a crucial vote in the Senate, William Jennings Bryan spent today at the Capitol lobbying hard for the one more vote suffrage supporters still need for final Congressional approval of the Susan B. Anthony Amendment.

Once passed by Congress, it would enfranchise women nationwide when ratified by 3/4 of the States. The three-time Democratic Presidential nominee (1896, 1900 and 1908) and recent Secretary of State (1913-15) urged his fellow Democrats to support suffrage not only as a matter of justice, but self-preservation as well:

Woman suffrage is coming to the country and the world. It will be submitted to the States by the next Congress, if not submitted by the present Congress. I hope the Democrats of the South will not handicap the Democrats of the North by compelling them to spend the next twenty-five years explaining to the women of the country why their party prevented the submission of the suffrage amendment to the States. This is our last chance to play an important part in bringing about this important reform.

Bryan has good reason to worry about how women will view the Democratic Party once they have won the vote nationwide. When the Anthony Amendment finally passed the House on January 10th of last year by the 2/3 majority needed (274-136) it was principally because of Republican votes. Republicans provided 165 affirmative votes, Democrats 104, with the other 5 pro-suffrage votes supplied by members not affiliated with either party. 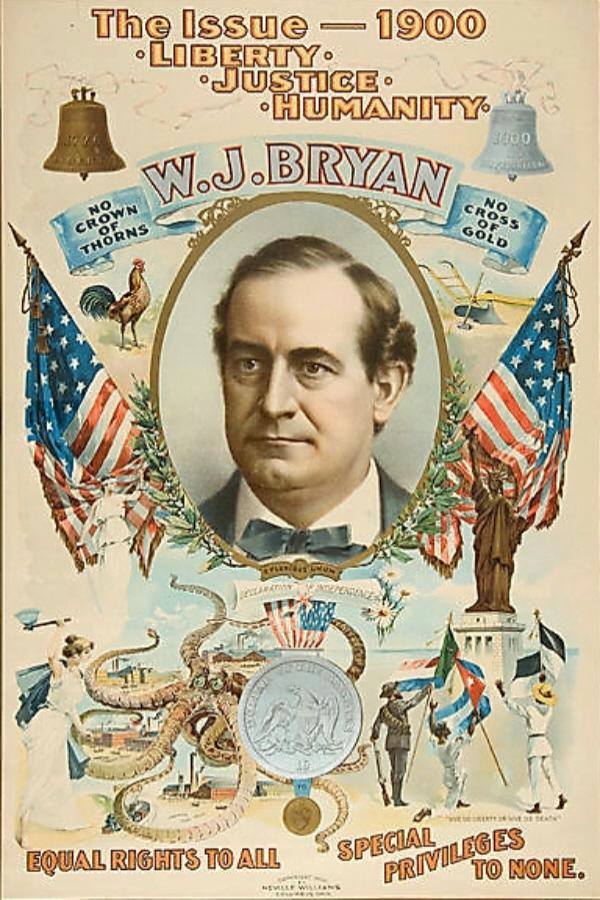 When the suffrage amendment came up for a vote in the Senate on October 1st, it fell two votes short of the 2/3 needed, with the original tally standing at 54-30 (12 members absent or not voting). Republicans voted 27-10 in favor (73% support, comfortably over 2/3), while Democrats voted 27-20 in favor (57.4% support, well under 2/3). Senator Andrieus Jones, Democrat of New Mexico, the amendment’s sponsor, changed his vote to a “no” when he saw it wouldn’t pass, so that under Senate rules he would have the right to bring it up again if the outlook seemed more favorable. This left the final tally at 53-31. (Had all 96 Senators been present and voting, the original result would have been 62-34, an identical two-vote loss.)

Had just two more Senators voted in favor of the Anthony Amendment, the original vote would have been 56-28, not 54-30, it would have passed, been submitted to the States early last Fall, and would be well on its way to ratification by now. But despite that setback, months of hard work is paying off. The two-vote gap was cut in half yesterday when Senator William Pollock, Democrat of South Carolina, pledged his support for suffrage, so now only a single convert is being sought.

Bryan talked at length with more than a dozen Southern Democrats today, Senator Trammel of Florida among them. His vote is seen as the most likely to change and put the amendment over the top, so Trammel has been heavily lobbied by suffrage groups, and even received a personal telegram from President Wilson, the nation’s highest-ranking Democrat, urging a “yes” vote. When pressed on whether he had been converted to the cause by Mr. Bryan, Senator Trammel would only say: “I told Bryan that I would carefully consider what he had said to me.”

In another development today, twenty-two Democratic Senators who favor suffrage petitioned the Democratic Leader, Senator Thomas Martin of Virginia, to call a conference of Senate Democrats to discuss the issue. Realizing how critical this upcoming vote could be to the image of his party, Senator Martin has agreed to hold such a conference tomorrow night.

Control of Congress will be passing from Democrats to Republicans on March 4th, thanks to the election held on November 5th, thus making passage of the Anthony Amendment virtually assured sometime this year. But it would be much better if the present Congress passed it. If it doesn’t, the entire approval process would have to start all over again in the new Congress. The House would have to pass it a second time, and the Senate for the first time.

The complicated process of introducing an amendment, holding hearings, and finally getting it to the floor for a vote could easily take several months, and by late Spring or early Summer, many State Legislatures will have finished their regular sessions. Once they adjourn, the only way to get a ratification in those States during this year or the next would be for the governors of those States to call the legislatures back for a special session, something they do not like to do because of the expense to taxpayers. Obviously, anti-suffrage governors would certainly not call such sessions, so even if a majority of members of a State Legislature were eager to ratify, they couldn’t do so until their next regular session in 1921.

Though passage by Congress finally seems in sight 41 years after the Anthony Amendment was first introduced, the path to victory is still not an unobstructed one. But with victory this close, there will be an unprecedented effort to pass this long-overdue amendment without delay so that there will be 48 “Suffrage States” when America elects its next President on November 2, 1920.