Winning the battle for woman suffrage in New York State will benefit women of all races.

That was the pledge made today by Alva Belmont in a speech to an audience gathered at the Mount Olivet Baptist Church on West 53rd Street, in Manhattan. Invited to speak there by I.L. Moorman, President of the Negro Women’s Business League of New York, Belmont urged all her listeners to join with suffrage groups in the battle to strike the word “male” from the section of the New York State Constitution which grants voting rights to “every male citizen of the age of 21 years” who meets the standard length of residency requirements for the State, County and Election District.

Belmont told her audience that ” … unless this cause means freedom and equal rights to all women, of every race, of every creed, rich or poor, its doctrines are worthless, and it must fail in its achievements.” 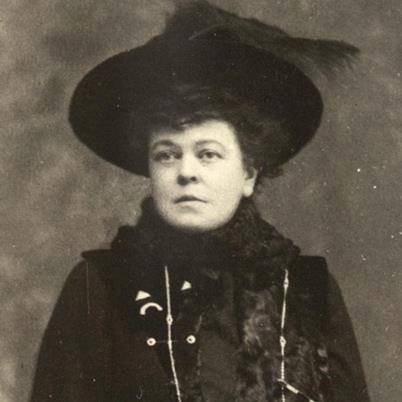 Though giving credit to Washington, Lincoln and others for achieving partial victories in the fight for freedom, Belmont noted that: “The woman suffrage movement has higher aims than any that even the greatest of these men ever attained, for it demands the emancipation and freedom of all human beings – women and men of every race, creed and station.” In concluding her speech, she said: “As President of the Political Equality Association I extend to all present, both women and men, an earnest invitation to join my association.”

Helen Frances Garrison Villard, daughter of abolitionist William Lloyd Garrison, spoke as well, saying, “My father remarked, during the early days of the agitation against slavery, that there was still a mountain of prejudice to overcome. It is the same with the women’s suffrage movement today. But the public is getting more aroused every day over this agitation. They talk of women’s rights, I say that what we ask for are human rights!”

Also in attendance were Ella Hawley Crossett, President of the New York State Woman Suffrage Association, and Mrs. F.R. Keyser, President of the New York State Federation of Colored Women’s Clubs. At the conclusion of the speeches, about half of the 200 women in attendance said they would be accepting Belmont’s invitation to join the Political Equality Association, so it was quite a successful Sunday afternoon for the cause.