Ethel Byrne’s prison ordeal for the “crime” of dispensing information about birth control may soon be nearing an end – and have done enormous good.

Earlier today, Gertrude Pinchot and a number of other members of the pro-birth-control “Committee of 100” met with New York Governor Charles Whitman in Albany, where he expressed sympathy for Byrne, and her cause as well.

Whitman indicated that he supported the Committee’s suggestion that he appoint a commission to study how to change New York State law, which currently makes it a criminal offense to sell or give away information on birth control or any contraceptive devices themselves. He is also open to the possibility of granting Byrne a “conditional” pardon: “I am sworn to enforce the law, and I could grant Mrs. Byrne a pardon only on condition that she would refrain from violating it upon her release.”

Apparently, the Governor wants to grant her a pardon which would leave Byrne free to speak and write in favor of legalizing birth control, but she would have to promise never to repeat her “offense” of giving out specific information about how to prevent conception. Dr. Mary Holton noted that there might be a way for Nurse Byrne to get around that restriction: “She can promise the Governor that she will not violate the law in this State, and go over to New Jersey and practice.”

The Governor also said he thought there should be an appeal of Byrne’s conviction, so that the issue of the constitutionality of bans on birth control and contraceptive information could be looked into by the courts. But one complicating factor is that if he pardons her, all legal proceedings are ended, so an appeal and court test of this outrageous Empire State law would no longer be possible for her. 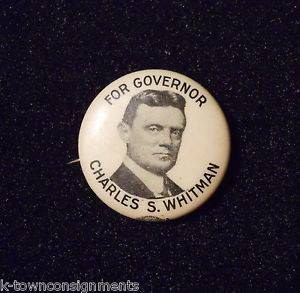 Though a “conditional” pardon was not entirely satisfactory to the delegation – Byrne’s sister, Margaret Sanger, especially – they immediately went to the Governor’s legal assistant to obtain a pardon application blank, and also the paperwork necessary for an order compelling the Commissioner of Correction to allow Sanger to visit her sister in prison. Commissioner Lewis began denying Byrne any outside visitors even before her force-feedings began a little after midnight on the morning of the 27th, following a four and a half day hunger strike. The appeal for amendments to change the State’s anti-birth-control law was drafted by Professor John Dewey of Columbia University and signed by 39 Columbia professors plus a number of members of the City College faculty.

Ethel Byrne continues to refuse to eat voluntarily, and is being force-fed for the fifth day at the Workhouse on Blackwell’s Island. Twice a day, milk, malted milk, chicken broth, sugar and a stimulant are administered through a funnel at the end of a rubber tube inserted through her throat to her esophagus.

Commissioner of Correction Lewis, who has been unsympathetic toward Byrne from the beginning, now wants to start charging her room and board and has found a law that may allow it. He said today: “If we have people who persist in boarding with us, I think it would be a wise thing for the city to enforce this provision of the law and charge them board, especially if they insist on lying in bed, instead of working like the other prisoners.”

Fortunately, the public has become far more concerned about Ethel Byrne than Commissioner Lewis, and support for decriminalizing contraception has clearly been increasing as well. So while ignorance and repression may still be Federal and State policy in regard to family planning, the days of anti-birth-control laws now appear to be numbered, and the only question is whether they shall be overturned by the courts as unconstitutional, or by public demand for more enlightened legislation.