Though today’s parade of 20 witnesses before a Senate subcommittee was far fewer than the 6,000 to 8,000 suffragists who fought their way down Washington, D.C.’s Pennsylvania Avenue on March 3rd, the respect and courtesy this smaller group received was infinitely greater.

Their eyewitness accounts of the suffrage parade and pageant three days ago were such a scathing indictment of police inefficiency, indifference, hostility and even abuse that Senator Wesley Jones, Republican of Washington, who is in charge of the hearings, indicated that no more testimony on the events of the day is needed, and the job of the subcommittee will now be to fix responsibility for the disgraceful performance of the police.

Major Richard Sylvester, Chief of the District Police, spent the day in the back of the hearing room taking notes in preparation for the grilling he’s certain to receive when it’s his turn to testify. Though the parade participants had expected some heckling from the crowd, and a certain degree of pushing and shoving is inevitable when thousands of marchers and a half million spectators compete for space, what the suffrage advocates encountered went far beyond that.

Police under-deployment and outright hostility were illustrated by examples. For instance, when the crowds became so dense at Ninth Street and Pennsylvania Avenue that one of the parade floats was unable to move, one of only three nearby officers inexplicably arrested one of the float’s drivers instead of clearing a path. 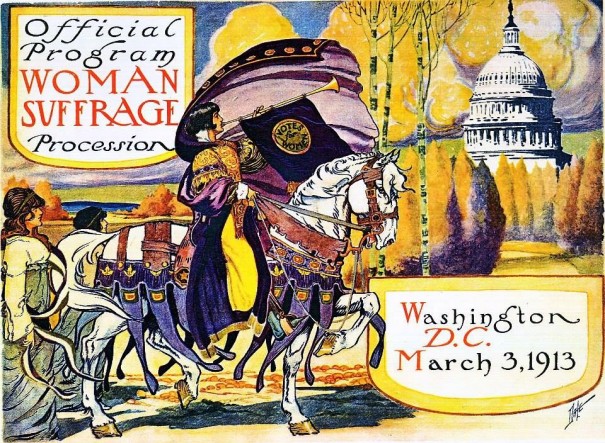 Indifference was the only alternative to hostility among police, with Julia Lathrop describing them as acting like “spectators.” Helena Hill Weed testified that though the jeers made by the crowd went well beyond the usual ribald jests and into the vilest obscenities, the police chatted in a friendly manner with those in the mob’s front ranks, and even contributed a few insults of their own, thus encouraging the remarks to escalate. Even attempts by some in the crowd to pull women off floats were ignored by the officers, with women such as 17-year-old Verna Hatfield having to fight off the attacks on their own.

Outrage over the mishandling of parade security is not confined to the halls of Congress or suffrage groups. Even the staunchly anti-suffrage New York Times denounced the behavior of both spectators and police in an editorial yesterday, calling the number of officers “pitifully inadequate” and that the few who were there were “in sympathy with the rioters rather than with the paraders.”

If the goal of the police and hecklers was to heap disrespect upon the marchers and their cause, they not only failed when the marchers showed great dignity, perseverance and restraint, but brought disgrace upon themselves and the entire anti-suffrage movement. The parade’s successful completion was therefore a double triumph, and two steps forward toward the day when nationwide woman suffrage is an accomplished fact, and “Votes for Women” marches will no longer be necessary.