No word from – or about – the suffragists being held in Virginia’s Occoquan Workhouse and D.C.’s District Jail today, but plenty of action on the suffrage front, some on their behalf.

Thirty members of the National Woman’s Party called on one of New York’s Members of Congress, Democrat John F. Carew. They lobbied him in support of the Susan B. Anthony (nationwide woman suffrage) Amendment, and also asked him to use his influence to improve prison conditions for their comrades, who have been repeatedly arrested and jailed for displaying pro-suffrage banners along the White House fence. Carew represents the Congressional District in which Eunice Dana Brannan, now serving 60 days in Occoquan, lives. The delegation was headed by former suffrage prisoner Elizabeth Selden Rogers, and included others who had gone to jail for the cause, such as Helena Hill Weed, and Maude Malone.

Rogers opened the conversation by asking Carew to pressure the President into putting a call for passage of the Anthony Amendment into his next message to Congress, and to try to better the conditions in the Workhouse where his constituent is serving her sentence. But Carew was unswayed: “I have never voted for that amendment and I am not going to change my position now,” he replied. Persistent as always, Rogers asked: “Do you want us to come and visit you every day?” Apparently he did not, and then said:

If you want me to give you a decided answer now, I will tell you I will not vote for it. I have a great deal of respect for you ladies. I have a wife and three daughters and two sons, and I love my wife and daughters best. If I thought proper I would do as you wish. I have voted against the amendment every time I have had the opportunity. The only reason that might make me change my mind is the stand New York has taken.

Though the delegation was unable to get a commitment of support for anything they came for, the fact that Rep. Carew seems to recognize the significance of New York State’s (male) voters recently enfranchising the women of the nation’s most populous State by approving a woman suffrage referendum, was reassuring. It is an indication that the victory on November 6th was just as significant as leading suffragists have said that it was, and opposition to the Anthony Amendment may be crumbling, especially among those who must now, for the first time, face women voters at every future election. 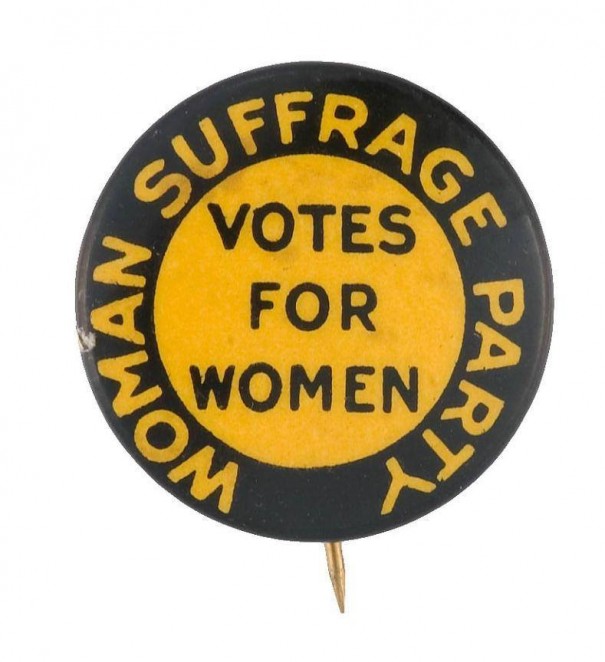 That win at the polls two weeks ago was celebrated tonight at the Metropolitan Opera House, where “Victory Night” ended the first day’s session of the New York State Woman Suffrage Party’s convention at the Ritz-Carlton in New York City. The list of those who officiated at the celebration offered clear proof of how much support suffrage now enjoys, with Charles Whitman, the present Governor of New York, and former President Theodore Roosevelt sharing the hosting duties with Vera Boarman Whitehouse. Rev. Anna Howard Shaw, head of the National American Woman Suffrage Association from 1904 to 1915, got numerous ovations as she recounted her 40 years of work toward winning enfranchisement, and called for a pilgrimage to Congress to finish the job.

Col. Roosevelt was also vigorously applauded when he said:

Tonight I wish in greeting you first to exchange congratulations with you, and above all with Dr. Shaw, upon the stand that New York State has now taken. Next I wish to say that we now have a right to expect that the United States as a whole will follow New York’s example, and therefore pass the Constitutional amendment at Washington. Third, and what is most important, I wish to speak through you to the women of New York about the heavy responsibilities that are now theirs. Hitherto my appeal has been that you should be given a right to which, in my judgment, you were entitled. Now you have been given this right. Now my appeal is not for you. Now I must earnestly and solemnly ask that you will well and faithfully perform the duty which the giving of the right entails…

The women and men in this country more than in any other great country of the world now stand on a near equality of right and justice, shoulder to shoulder, side by side, mother and son, husband and wife, brother and sister, lover and sweetheart. Thus standing, you and I, friends, we must face every risk and endure every hardship, until we have won the great fight for justice, wherein we have taken our place alongside all the justly acting and liberty loving nations of mankind.

The issue of the “Silent Sentinel” White House pickets was brought up at the New York Woman Suffrage Party’s convention today, but unfortunately it was in the form of a proposed resolution condemning the National Woman’s Party’s picketing of President Wilson. But another resolution introduced suggests the delegates are considering their own form of militance. They may pledge to stay out of the established political parties and reorganize the Party along Congressional District lines so they can most effectively organize women voters to defeat every member of Congress or State legislator who has opposed suffrage.

Meanwhile, in Washington, the use of seven Marines to guard the grounds around Occoquan Workhouse in order to keep supporters too far away to communicate with the suffrage prisoners by mutual shouting, or allow anyone to sneak in and have notes from the prisoners thrown to them, is being protested. A delegation of suffragists called on Navy Secretary Daniels today, and he said that if the report was true, the guards would be withdrawn. The Commandant of the Marines said he had no knowledge of any of his men being detailed to such duty, but Katherine Morey reported that they were there when she tried to visit her mother recently at the Workhouse.

Legal actions on behalf of the suffrage prisoners continue, and a hearing is scheduled for later in the week before Federal Judge Edmund Waddill in Alexandria, Virginia. The White House pickets will be brought out of Occoquan Workhouse and be able to freely testify in open court about their ordeals. Authorities will first be asked why the women whose “offense” of allegedly “blocking traffic” on the wide Pennsylvania Avenue sidewalk in the District of Columbia are being confined in Virginia, instead of at the District jail. Then, those in charge of the Workhouse will be compelled to explain why there was so much brutality inflicted upon the prisoners the evening they arrived, and justify the unusually harsh restrictions imposed on these suffragists in the days since that initial “Night of Terror.”