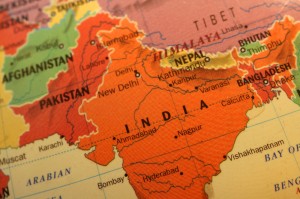 Four sisters were attacked with acid in the northern Indian State of Uttar Pradesh by two unidentified men on a motorbike Tuesday evening. Three of the four sisters, ages 26, 25, and 23 are teachers at Hindu Inter-college in Kandhal, and the youngest, age 19, is a student there.

Currently, there is no known motive and no arrests have been made. Two of the victims received minor injuries and the other two were admitted to hospitals with more serious injuries. The youngest of the four sisters was the most seriously injured and was moved to a hospital in Delhi.

Violence against women has been an issue garnering attention in India ever since the brutal gang rape and death of a 23-year-old female medical student. The incident sparked protests across the country. These large protests and demonstrations have voiced anger regarding the treatment of women in India and calling for tougher laws on violence against women. Parliament increased the minimum prison sentence for gang rape to twenty years, but legislators voted against increasing the sentence for acid attacks.

Colorful India map on the globe close up shot from Shutterstock