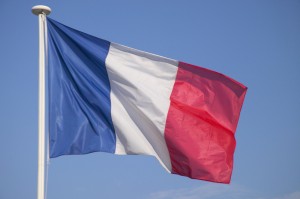 A French law that allows minors between the ages of fifteen and eighteen to receive free contraception from family planning centers and provides abortion without cost to patients went into effect this Sunday. The law was promised by President François Holland during his election campaign.

The measure covers both contraceptive pills as well as implants, which can be obtained at pharmacies with a prescription. The patch, coil and cap, and condoms are not covered by the new law. A provision of the measure prevents obtaining contraceptives from appearing on insurance statements, preserving the anonymity of the minors who choose to use contraception.

The law was intended to reduce the number of abortions in France, where there are currently approximately 12,000 abortion procedures annually. Many women were unable to afford abortions before the measure, as the average cost ranged between €200 and €450.

The flag of France from Shutterstock