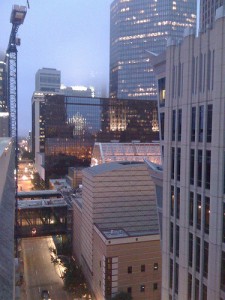 Operation Rescue/Operation Save America has chosen Family Reproductive Health and other surrounding clinics in Charlotte, North Carolina as the focus of their 2010 clinic siege from July 17th to July 24th. Featuring the tagline “The King is Coming to the Queen City,” OR/OSA has put out the call that “God Himself is calling us to the battle. Join us in Charlotte, North Carolina this July 17-24, and let us storm the gates of hell together” (from their national event brochure).

The pressure has already begun. Starting in December, WANTED posters featuring the personal information, including home addresses, of two Charlotte doctors were handed out in their neighborhoods and at clinics. In the 1990’s, similar posters were seen before Dr. Gunn and Dr. Bayard Britton who were killed in Florida by anti-abortion extremists.

But we will keep Charlotte North Carolina the Queen’s city.

Since OR/OSA announced its plan for the Charlotte clinic Feminist Majority Foundation has been working with officials and community leaders in the local area to prepare for the oncoming siege. During the siege FMF will have a team of six, including their legal coordinator and Clinic Defense team, working to make sure that Charlotte clinics stay open and safe.

During the siege, an intern will be live tweeting and blogging from the front lines of the abortion battle using @feministcampus, @majorityspeaks, and @femmajority. Look for the hashtag #ClinicDef for the latest updates.