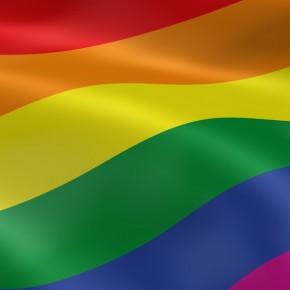 Congressman Paul Broun (R-GA) recently spoke out against health insurance companies covering gender-related procedures like hair transplants and gender-alignment surgery on the grounds that he himself felt no need to change his gender identity. “I don’t want to pay for a sex change operation,” Broun said last week in a speech against Obamacare, “I’m not interested. I like being a boy.”

Broun’s anti-LGBTQ stance has been well known since 2009, when he advocated for a constitutional amendment banning same-sex marriage. The representative is also notorious for extreme anti-choice values. He is the original sponsor of the “Sanctity of Human Life Act,” first introduced in 2011, which would federally define life as beginning at conception.

Gay pride flag in the wind. Part of a series. from shutterstock