Today is the big day—our lovely U.S. Supreme Court has ruled DOMA unconstitutional and stood with LGBT people on the right side of history. 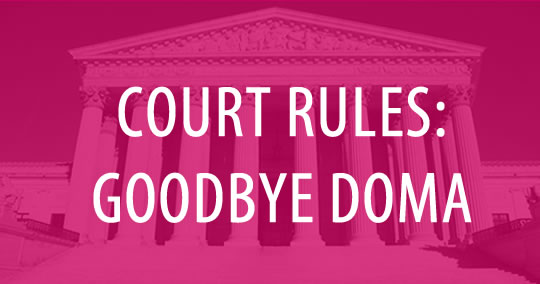 The Defense of Marriage Act (DOMA) and California’s Proposition 8 have been debated inside and out of the courts for what seems like an eternity. Section three of DOMA was being challenged in the courts – it is what gives gay couples equal access to “federal laws and programs” and means that same-sex couples would be able to enjoy things such as “military family benefits, social security benefits, multiple areas of tax categories, hospital visitation rights, and healthcare benefits.” It was ruled unconstitutional this morning 5-4, with Justice Kennedy leading the decision.

In terms of Proposition 8, the proposition denies same-sex couples in California the right to have their marriage deemed as legal as their heterosexual counterparts. A suit to uphold Prop 8 was dismissed 5-4 as well.

The LGBT community has achieved a huge victory. It was worth waiting and holding dear to the hope that the U.S. Supreme Court would stand on the right side of history and support equality for LGBT couples. It is difficult to wrap our heads around the fact that a nation that has seen it all is still debating, politically and socially, whether to grant or deny rights and express acceptance for our brothers and sisters. The decision to respect and celebrate same-sex relationships isn’t about religion or cultural values. It would be hypocritical to say “everyone deserves to be in love and happy, well, except if you’re gay.”

Regardless of the Supreme Court’s decisions today, the LGBT community and their allies have made their mark on this nation’s history. After this morning, let’s hope that this debate will be just that, history. 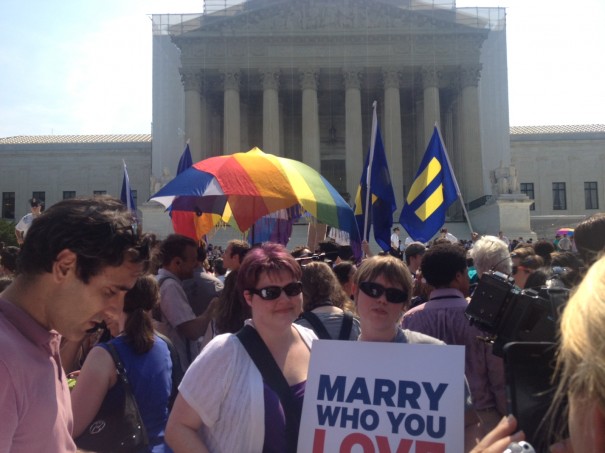