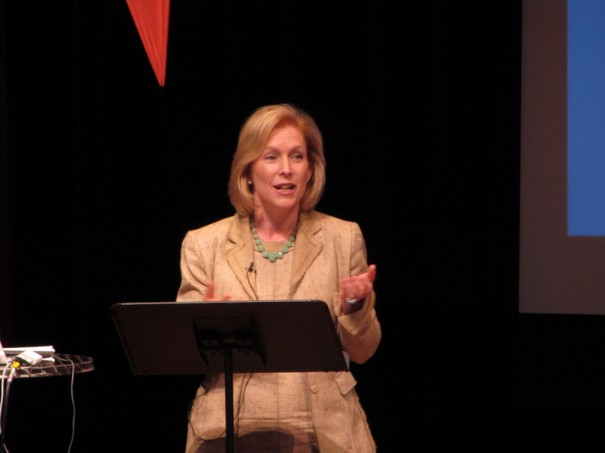 Today conservative Senators Ted Cruz (R-TX) and Rand Paul (R-KY) will officially announce their support for Senator Kirsten Gillibrand’s provision of the National Defense Reauthorization Act that would remove cases of military sexual assault from the chain of command.

The recent backing of the legislation by Cruz and Paul could bring support from the more conservative members of the Republican party as both senators carry influence within the conservative and tea-party factions. When asked about his new position on the issue, a spokesman for Senator Paul said, “Sen. Paul believes that the vast majority of our service members are honorable and upstanding individuals. In the instance when one is accused of a serious crime, especially one of harassment or assault, the allegation needs to be taken seriously and conflicts of interest should not impact whether a crime is prosecuted properly.”

Despite the setback Gillibrand faced after the Senate Armed Service Committee’s removal of her provision earlier this year, she continues to focus on the epidemic of military sexual assault. She and the bi-partisan coalition plan to direct Senate debate on the subject as early as next week.

There has been widespread call for reform of the military’s process for handling sexual assault since data released by the Pentagon earlier this year estimated that over 26,000 men and women in the military experienced unwanted sexual contact in 2012. Of those cases, only 3,374 were reported and only 302 of the incidents were prosecuted.