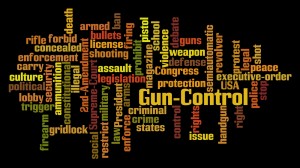 The Senate is scheduled to debate the Safe Communities, Safe Schools Act of 2013 (S. 649) today, which would require background checks for all firearm purchases and strengthen existing regulations on gun sales.

However, it is unsure whether the bill will get enough votes to pass. Sponsor and Senate Majority Leader Harry Reid (D-NV) was struggling to get the necessary votes in a whip count on Monday. Currently only four Republicans – John McCain (AZ), Mark Kirk (IL), Susan Collins (ME), and Kelly Ayotte (NH) – have agreed to support the bill. Three Democrats have said they are still reviewing the proposal and would not commit to supporting the bill until after they had finished. Three others have not taken a position.