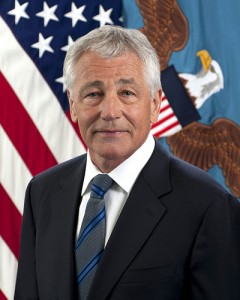 Secretary of Defense Chuck Hagel has called for termination of the ability of a commanding officer to overturn a court martial conviction, called “convening authority.”

In an internal memo to the secretaries of the military services and other military senior officials, Hagel said, “We must ensure that our military justice system is fair, provides justice, and enhances good order and discipline. The actions directed by this memorandum seek to improve military justice and our ability to accomplish our mission.”

In a public statement released by the Department of Defense, Hagel listed sexual assault in the military as a top priority and asked Congress to take the steps to reform the power of convening authority. He asked Congress to create change by “First, eliminating the discretion for a convening authority to change the findings of a court-martial, except for certain minor offenses that would not ordinarily warrant trial by court-martial. While convening authorities would no longer have the ability to dismiss charges for serious offenses like sexual assault, defendants would continue to have access to a robust system of appeal rights. Second, requiring the convening authority to explain in writing any changes made to court-martial sentences, as well as any changes to findings involving minor offenses. The intent is to ensure that convening authorities are required to justify – in an open, transparent, and recorded manner – any decision to modify a court martial sentence.”

He continued “Despite the attention and efforts of senior leaders throughout the Department of Defense, it is clear the department still has much more work to do to fully address the problem of sexual assault in the ranks. This crime is damaging this institution. There are thousands of victims in the department, male and female, whose lives and careers have been upended, and that is unacceptable. The current situation should offend every single service member and civilian who, like me, is proud of their association with the United States military.”

The issue gained national attention in March, when a Lieutenant General overturned a sexual assault conviction by jury of an air force service member. The Air Force fighter pilot was convicted in November for aggravated sexual assault by a jury of four colonels and a lieutenant colonel. He was dismissed from the Air Force and sentenced to one year in prison. Lieutenant General Craig Franklin overturned the jury conviction using “convening authority” – an absolute power of a single military supervisor to dismiss a jury decision as granted by Article 60 of the Uniform Code of Military Justice (UCMJ).