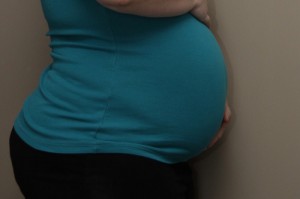 A new report from the Guttmacher Institute gives useful empirical backing for what most people already know: Bad economic times like the present significantly affect individual’s and couple’s reproductive decisions. (In fact, the only people who don’t seem to grasp this intuitively are rightwing Republicans like House Minority leader John Boehner, who last winter famously mocked the inclusion of a modest proposal in the original stimulus package to increase family planning funding and ultimately forced the removal of this provision).

The Guttmacher Report, based on a survey of 947 women of reproductive age with household incomes of $75,000 and less, found that 64 percent of those surveyed agreed with the statement, “With the economy the way it is, I can’t afford to have a baby right now.” More than half of the respondents reported that they were financially worse off than a year ago.

There is historical precedent for the economy having this kind of profound impact on reproductive decisions. During the Great Depression of the 1930s, birth rates fell markedly, and this was an era in which both abortion and birth control were illegal. This drop presumably occurred through a combination of illegal abortion, use of condoms when they could be found and use of the withdrawal method.

Now, as during the Depression, the Guttmacher Report tells us that many women are paying closer attention to their contraceptive practices. And theoretically, it should be easier for contemporary women and their partners to control their fertility than it was in the 30s. Consider how much has changed: In 1960 oral contraception was introduced; the 1965 Supreme Court decision Griswold v Connecticut legalized birth control for married couples; in 1970, Congress passed Title X of the Public Health Act, which provided low-income women with federal funding for family planning services; and, of course, in 1973 Roe v. Wade legalized abortion.

But in spite of these crucial developments, the situation for the women surveyed by Guttmacher is one of extreme difficulty, if not chaos. Precisely at a time when many women are most committed to preventing births, they are finding it harder and harder to pay for birth control—thus putting themselves at risk of an unwanted pregnancy. For example, Guttmacher reports that women who are using oral contraception (which costs about $40/month) delay getting their prescriptions filled, skip pills or go off the pills for a month or so—all because of financial pressures. Title X and Medicaid, both serving low-income women and both under perennial attack by the Right—simply are not funded at adequate levels to meet the needs of a growing number of U.S. women.

Although this Guttmacher study did not address abortion, in that field too, there is ample evidence of economically-induced chaos. Financially stressed women with unwanted pregnancies are putting immense pressure on various private funds that help pay for abortions, and there are just not enough resources to go around. One clinic administrator told me that her facility is getting a “hair-raising number” of calls from desperate women.

“You have no idea what we are seeing now,” she continued. “How many calls we are getting from women who have lost their jobs, their homes, their safety nets.” As my friend, Annie, who runs a clinic in a particularly impoverished area of the South, puts it, “Not being able to come up with $400. for an abortion is not a good reason to have a child.”

So this is the situation we are in, half a century after the legalization of birth control in the United States. Women who want to prevent pregnancy can’t afford contraception, especially the more effective methods such as the pill. Women who want an abortion because they know they cannot properly care for (another) child at this hard time will go on to continue their pregnancies.

It is quite clear, at this stage of Congressional deliberations over health care reform, with the predictable deployment by the Right of hysteria about abortion—including, most absurdly, allegations of “mandatory abortions” in Democrats’ plans– that the best women’s health advocates can realistically hope for in any legislation is an abortion-neutral provision (that is, neither an extension nor a cutback in Medicaid coverage for subsidized abortions.)

But broadened contraceptive coverage is a different matter: The situation of unmet need documented in this and other Guttmacher studies is shameful. Belief in contraception is a deeply held American value, and a stunning 98% of heterosexually active women in this country have used a contraceptive method at some point. Quite clearly, more women would be regularly using contraception if they could afford it. This is the right moment to correct this injustice, and any health care reform must include sufficient family planning coverage.