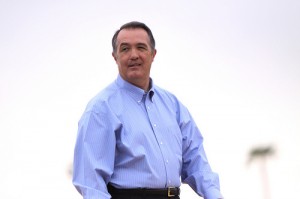 Members of the U.S. House Judiciary Committee voted Wednesday to pass a ban on abortions after 20 weeks in the District of Columbia. Introduced by Representative Trent Franks (Ariz.) in January, HR3803 prohibits physicians from providing abortions at or after 20 weeks of pregnancy unless the woman’s life is at stake.

The passage of the bill highlights not only a growing amount of legislation targeting reproductive rights, but also the lack of voting rights and autonomy for citizens in the District of Columbia. D.C. Delegate Eleanor Holmes Norton, who has steadfastly denounced anti-abortion bills targeting the District, was refused the right to testify on the bill. Although she was elected by her constituents, as the D.C. Delegate, Norton is not allowed a vote in Congress.

Norton announced her opposition to the bill in a written statement “on behalf of the residents of the District of Columbia, who have no vote in this committee or on the House floor.” Calling the bill “an abuse of power and denial of democratic rights,” she notes that “the committee, acting at the insistence of special interest organizations, is using District women to abet a national campaign to defy Roe v. Wade.”

Supporters of D.C. voting rights protested outside of Franks’ Arizona office and his office on Capitol Hill. Ilir Zherka, executive director of DC Vote remarked in a statement, “Representative Trent Franks should be ashamed of himself for trying to impose his personal political agenda upon a group of Americans that have no vote in the Congress.”